(pronounced TORM)
Torm the True, the True Diety, the Loyal Fury
Pantheon
Faerûn
Quick Descriptions:
Torm appears riding a great golden wyrm, over 60' long, with a beautiful leather saddle. He is wearing shiny silver full plate armor and a blue tabard emblazoned with his symbol, a white right gauntlet. He is carrying a longsword and shield, painted blue, also with his symbol on front.
The temple of Torm is located on the mountains edge and looks like one of the realms citadels. It is a 4 story structure of white granite stone with tall circular towers and, with a 2 story wall surrounding the central area — long ramparts lining the top. Beautifully engraved columns decorate the walls, and there are arrowslits, 2 stories up. The large courtyard serves as an entryway and drilling grounds. Various smaller stone building line the area, all surrounding the large central tower, which contains the chancel. Inside the main tower, statues of lions and armored figures line the walls. Iron chandeliers hang from the ceiling, and ample light flows through the tall stained glass windows surrounding the room, all depicting a paladin overcoming his foes. There are no benches, but a large altar sits against the back wall, engraved with a mural showing Torn defeating his adversary Bane.
Torm's priest is a handsome male knight with wavy blonde hair and a short beard. He is wearing a sky blue robe and a smooth-polished silver breastplate and gauntlets. His guantlets are inscribed with some sort of pledge. He has a sheathed longsword at his waist, and is carrying an ornate silver helm in his hand.
ADVERTISING - PLEASE SUPPORT THIS SITE
Torm the True, patron of paladins and unswerving enemy of corruption and evil, serves the people of Faerûn by exemplifying the chivalric ideal. An ascended hero who lived his mortal life in service to a just sovereign, Torm eschews the pretense of his fellow deities, instead adopting a humble position that he exists to serve the common good and the rule of law as established by honorable mortal rulers. Though a true deity with awesome power at his disposal, the Loyal Fury is all too familiar with the failings of mortal men.

Prior to the Time of Troubles, Torm was a relatively obscure minor demipower who served Tyr. Torm gained considerable attention and praise during the Godswar when his faithful helped keep one of the missing Tablets of Fate safe, and his own avatar battled and completely destroyed the avatar of Bane outside Tantras, seemingly killing the god who has already been weakened by Mystra and her servant Elminster. Torm died in the conflict too, but because of his loyalty to his portfolio was resurrected by the over-deity Ao at the end of the Time of Troubles, with his power greatly increased. Torm became a symbol of heroism, bravery and self-sacrifice.

Torm's worship greatly increased after his destruction of the god Bane, with the folk of Faerûn immensely grateful to the deity and his clergy. And, with the return of Bane, the people seek Torm's protection and guidance more than ever.

The members of the priesthood are known as Tormtar. Most Tormtar are human males, but both sexes are welcome within the faith—and as the numbers of the elf and dwarf peoples dwindle and they increasingly see the vital need for law and order among human communities to ensure their own survival, people of the Fair Folk and the Stout Folk are embracing the True Faith and the Unbending Way of Torm in ever-greater numbers.

Tormtar provide training for, give sanctuary to, and lend support (moneys, gear, mounts, armor, and weaponry) to guardians, orders of paladins and loyal knights, and loyal courtiers across Faerûn—and send forth agents to ferret out corruption in such groups and in all courts and organizations, particularly those who set themselves up as righteous or having a sort of superiority or moral authority. They also watch for impending trouble (from orc hordes and warlike realms, for instance) and young folk who could be recruited into the service of Torm or into positions as loyal warriors or bodyguards. On rare occasions, they act militarily against forces of evil, disloyal citizens readying coup attempts, and thieving or outlaw organizations.

A few adventuring Tormtar are permitted more leeway in their personal deeds than other clergy of the faith, but in return for this personal discretion as to their activities, they are pledges to tithe heavily (60% or more, plus payment for magical aid) to the church and to observe and report back on all they can of regions, beasts, and concerns their brethren seldom see so that the church of Torm can know Faerûn as well as possible (despite the static demands of guardianship). Torm himself often speaks to his clergy members to provide guidance and to reassure doubtful priests that a fellow Tormtar who is an adventurer is allowed to act thus and so in Torm's full favor (or that Torm is displeased and the following penance should be placed on the individual).

While the gods Helm and Torm may be on good terms, their priesthoods are not. The two faiths have long been engaged in a rivalry, and its friendliness has been waning over the years, particularly since the Time of Troubles. Tormtar now keep a close eye on all faithful of Helm they encounter, anticipating betrayal at any time.

Salvation may be found through service. Every failure of duty diminishes Torm and every success adds to his luster. Strive to maintain law and order. Obey your masters with alert judgement and anticipation. Stand ever alert against corruption. Strike quickly and forcefully against rot in hearts of mortals. Bring painful, quick death to traitors. Question unjust laws by suggesting improvement or alternatives, not additional laws. Your fourfold duties are to faith, family, masters, and all good beings of Faerûn.

He is usually depicted as a knight riding a great golden wyrm.

Torm is one of the three deities of similar interests known as the Triad, along with the more powerful Ilmater and Tyr, whom he serves. Torm has a friendship with Helm too, though the two deities' priesthoods are cold to one another. Torm has many enemies amongst the foul deities, but the return of his arch nemesis Bane has forced Torm to concentrate his efforts again. 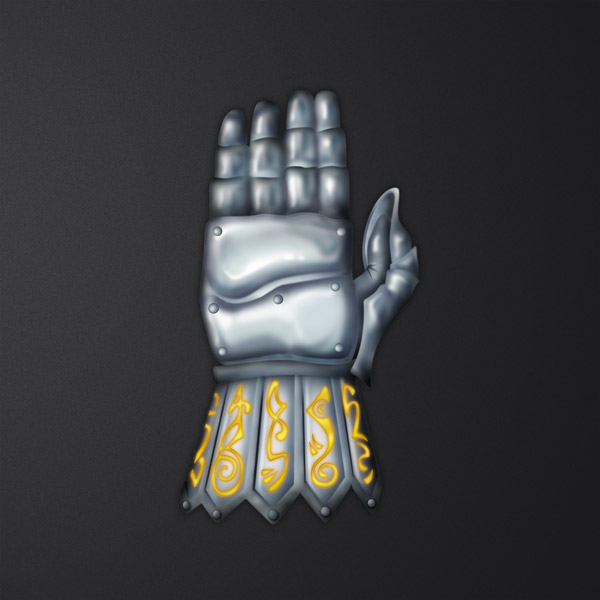 The symbol of Torm. 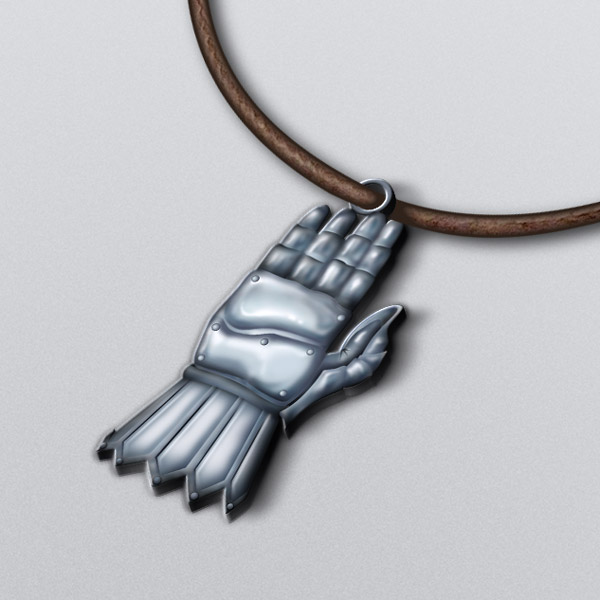 A necklace with the symbol of Torm. 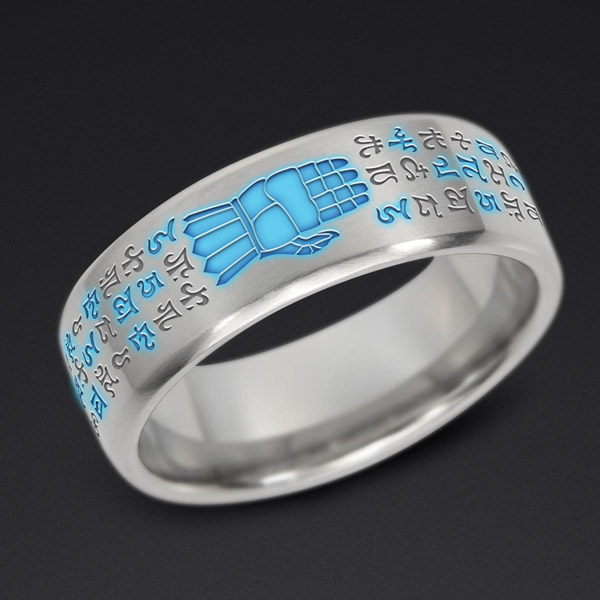 A ring with the symbol of Torm. 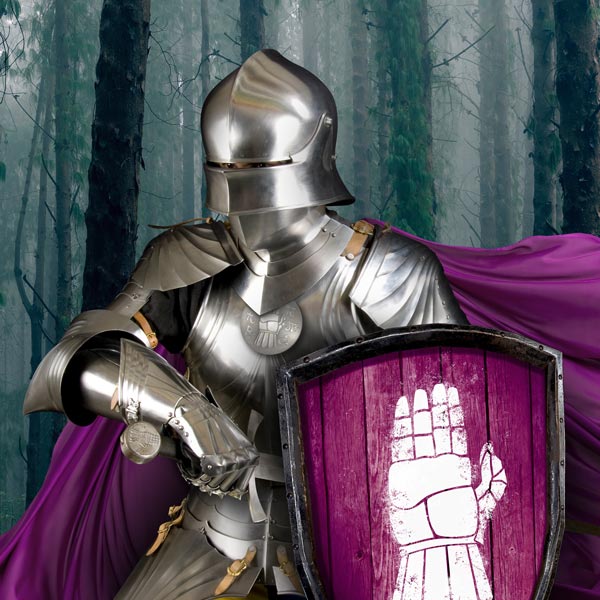 A knight of Torm, from the Order of the Golden Lion 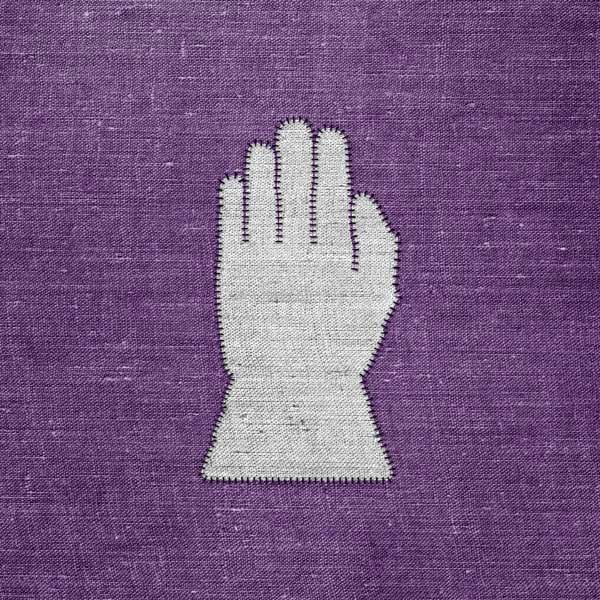 A sewn patch of the symbol of Torm. 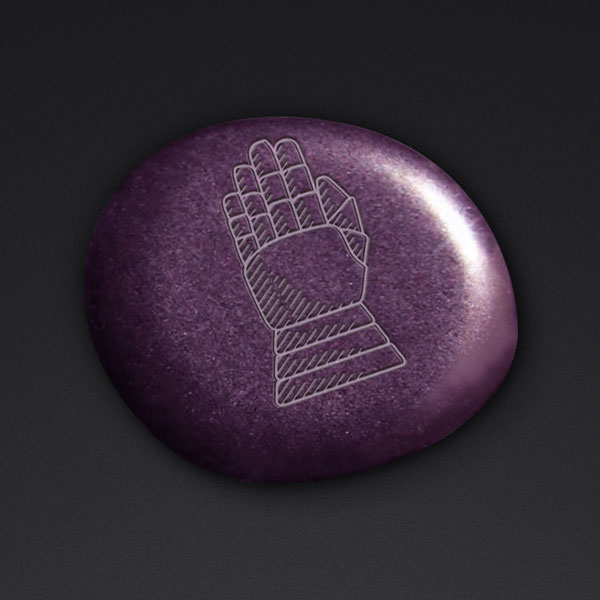 A rock etched with the symbol of Torm. 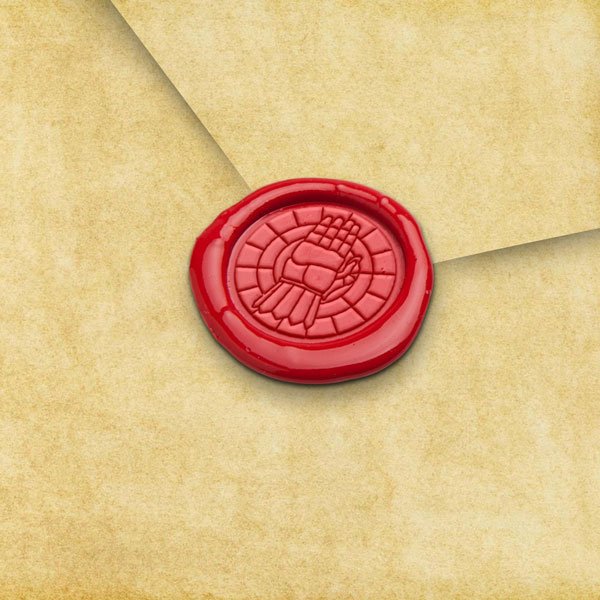 A wax seal with the symbol of Torm. 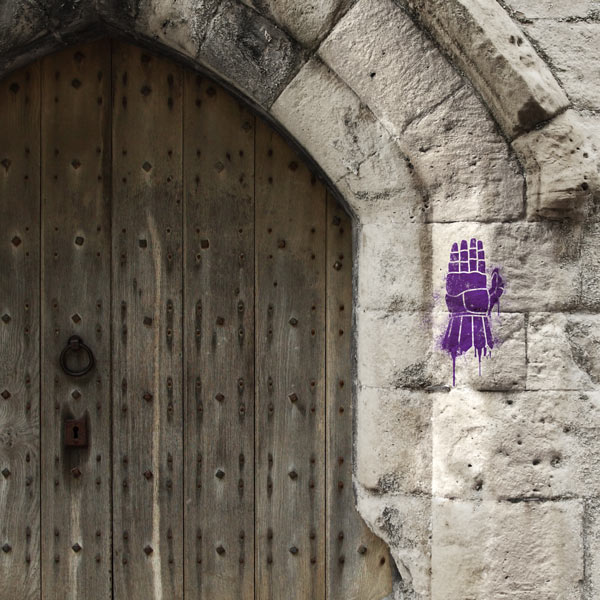 A doorway marked with the symbol of Torm. 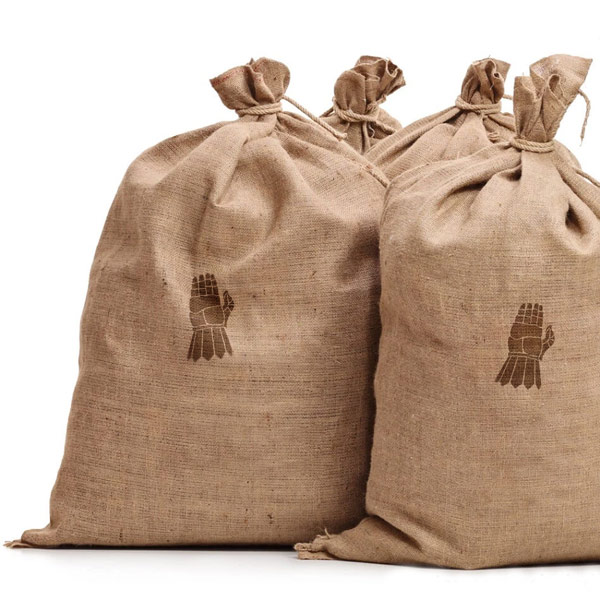 A burlap sack with the symbol of Torm on the side. 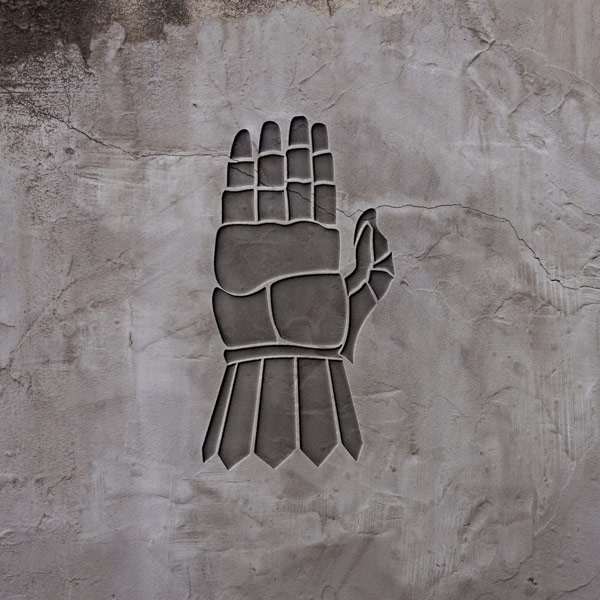 Torm's symbol engraved on a wall.
Source: Faiths and Pantheons