(pronounced ah-KAH-dee)
Queen of Air, the Lady of Air, Lady of the Winds
Pantheon
Faerûn
Quick Descriptions:
Akadi's appears as a transparent naked female, made of swirling air and clouds. Her form is constantly shifting, parts fading and appearing as wind rushes by.
The temple is an open circle, found in a forest clearing. The clouds above appear to be moving more rapidly than usual, and often change direction randomly when you turn away. A soft wind rushes past. Wooden poles surround a large central area, each adorned with feathers and streamers that flutter in the slightest breeze. The middle of the "temple" has a smooth wind-blown stone floor, painted with various depictions of flight.
The priest is wearing a white silk robe, however, you see a few others priests wearing light gray and light blue robes as well. She is wearing a necklace os stringed milky opals, and a silver bracelet with blue spinels. A sapphire necklace around her neck is inscribed with a cloud.
ADVERTISING - PLEASE SUPPORT THIS SITE

The goddess of elemental air, speed, and flying creatures. As an immortal being of freedom and travel, she instructs her followers to move as much as possible from place to place, from activity to activity.

Akadi is considered one of the four elemental deities, a god who remained unchanged by history and the passage of time. Like all the elemental lords, Akadi is relatively uncaring of her followers on Abeir-Toril. Her reactions are difficult to gauge, and she seems almost an alien being in her responses to most mortals not native to the Elemental Plane of Air. The relative inaction of Akadi and the other elemental Lords has led to their being viewed as only lesser powers in the Realms and their followers being classed as cultists.

Akadi is known as Teylas in the Hordelands, a god of the Elemental Plane of Air. The elven goddess Aerdrie Faenya was also reported to be an aspect of Akadi. The distinction between a female and a male form of the Lady of the Winds makes no difference to the faith.

Priests of the faith travel across Faerun, listening to the howl of the many winds, and spreading the word of Akadi at each opportunity. They often lecture on the joys that the freedom of Akadi brings, but seldom stop to argue semantics or principles with those who would appose them, choosing instead to sew the seeds of the Queen of Air and then continue along to "wherever the wind takes them." This tendency to sprout high-sounding verbiage has led to more than one Akadian priest being called a "windbag" in several senses of the word.

Occasionally, clerics of Akadi became absorbed in something called a "life experiment", an absolute goal of either a useful or personal manner (i.e. raising sleeker, faster hawks; deduce how orcs accommodated to powerful windstorms; design artificial wings for cats).

The followers of Akadi are often divided into small sects, and these sects vary in the manner in which they spread her dogma:Akadi's priests are organized mostly into "churches" formed of small cliques who follow a particularly charismatic Akadian. These cliques shift and flow over time as the group politics lead to some members rising in status, others falling, and others leaving in disgust or empowered by the inspiring message of their leader to begin a new church in a far-off land. This sort of organization is very fluid and often very confusing to those outside the faith, as such folks are never sure who will be in charge in a tenday and therefore who to hold responsible for living up to agreements and contracts. Most Akadians have a reputation for being untrustworthy because of this very problem in their faith's organization. When time comes due for an Akadian to live up to a promise, frequently the answer received is: "I'm so sorry, that's not my job anymore."—leaving the person to search for the Akadian who originally struck the deal. Akadi's clerics often multiclass as rangers, or rogues.

Novice Akadians are referred to as Fledglings. Upon undergoing a personally designed rite of empowerment supervised by at least two senior clergy (and usually involving flying), they become full priests. In ascending order of rank, the titles in general used by the priesthood are: Winged One (full priest), Air of the Goddess, Breeze of Light, Zephyr (senior priest), Mistral, Sirocco (leader of a large "church"), and Whirlwind (leader of a very large church or priest of great experience). A priest who has slain or soundly defeated an enemy of the church (usually a high ranking priest of Grumbar or an earth-based creature of power) may add the honorific "high" to the beginning of his or her title. Specialty priests of Akadi are known as Airwalkers.

Priests of Akadi dress for rituals in robes of White, light gray, and light blue, representing the many faces of their Goddess. Silk is a preferred material in vestments, as its flowing nature pleases the Goddess, and rare silks dyed in flowing or rippling patterns of blue or white are highly prized. Many priests wear jewelry of milky opal, crystal quartz, augelite, turquoise, beryllonite, blue spinel, or sapphire, and these are the stones from which Akadian holy symbols are constructed. Air elementals blow fine grit over these gemstones, thereby inscribing Akadi's symbol; the stone is set into a piece of jewelry, forming a holy symbol.

Adventuring priests and Akadian clergy members on the road dress practically, though they favor clothes or accessories of white, light gray, and light blue. They recognize that traveling through the countryside on the enemy element of earth requires heavier clothing to shield oneself from that harsh element. They typically confine their use of silk to a scarf or decorative vest and pack their ceremonial vestments carefully to protect them.

A philosophy of incessant movement and wanderlust has ingrained itself into the church of Akadi, and few temples exist to the Lady of the Winds. Those that do are most often open air circles of wooden poles adorned with feathers and streamers that flutter in the slightest breeze.

The faithful typically rise before the sun emerges to whisper their prayers on the morning breeze and stay up to watch the moon rise over Faerûn or glide the dying thermals of the waning day and joyfully speak their evening prayers.

The only official holy day of the church is Midsummer. All who are able to gather in the Shaar at the ruins of Blaskaltar, which contains the site of the first known shrine to Akadi in Faerûn, now obliterated by the hand of time and seasons of wind and rain. Here the chant of the heroes of the faith is recited by all present and new names are added to the roll commemorating those who have passed on during the past year.

The order of Akadian crusaders is known as the Knights of the Wind's Four Quarters. Its members tend to pursue personal quests and errands for church elders or carry out the ongoing vendetta against the church of Grumbar. Mystics of the faith being to the Companions of the Summer Wind, who tend to be good-aligned, the Disciples of Spring's Breeze, who are mainly Neutral, or the Alliance of Midwinter's Teeth, who are evil.

The eternal Akadi is change personified. Each new day reveals to us a new side of her. Strive to be as flexible as she is. Pursue everything that interests you in turn. Look at problems from as many viewpoints as possible to achieve the most creative answer. View life as an art form to create anew around you each day to your benefit and that of Akadi. The freedom to move about and to soar on the breeze of life is one of the inherent rights of every living thing. Fly forth and spread the word of Akadi and show though your works the fresh new life she brings.

Akadi's appearance is as shifting and transparent as the wind itself. She takes shape as it befits her, appearing as a man or a woman; as a humanoid or an animal; or simply taking the form of a visible gale.

Akadi is one of the four elemental lords who seem to stand apart from history, unchanged by the passage of time. She has ties to other gods concerned with the element of air, including Aerdrie Faenya and Shaundakul, but no strong relationships. She opposes obstinate, unmoving Grumbar at every opportunity. 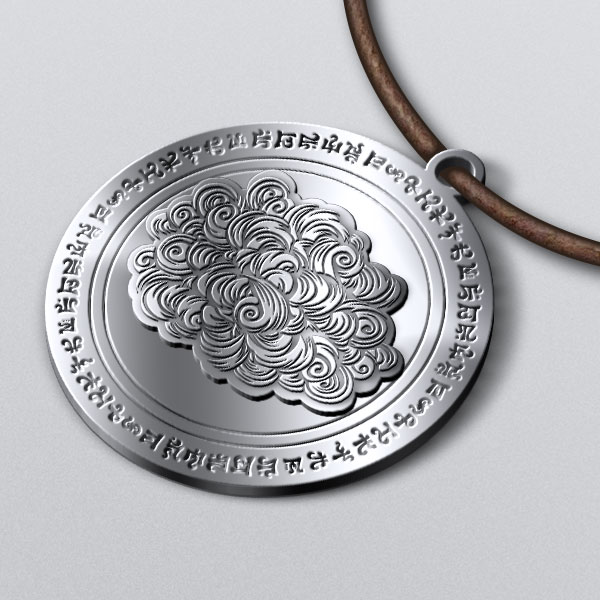 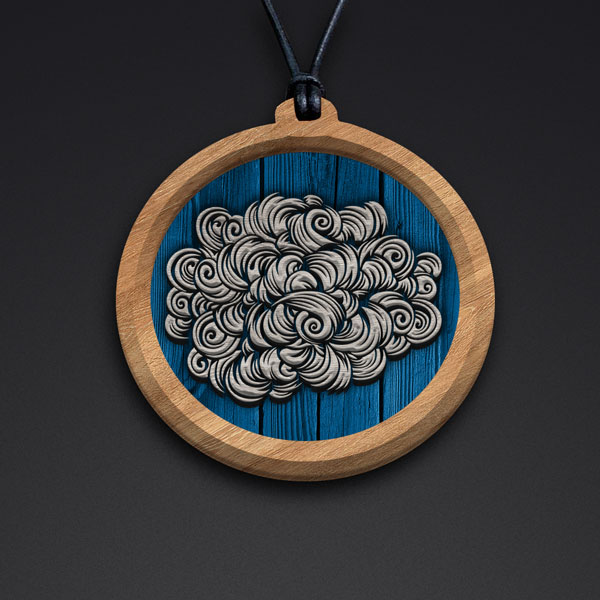 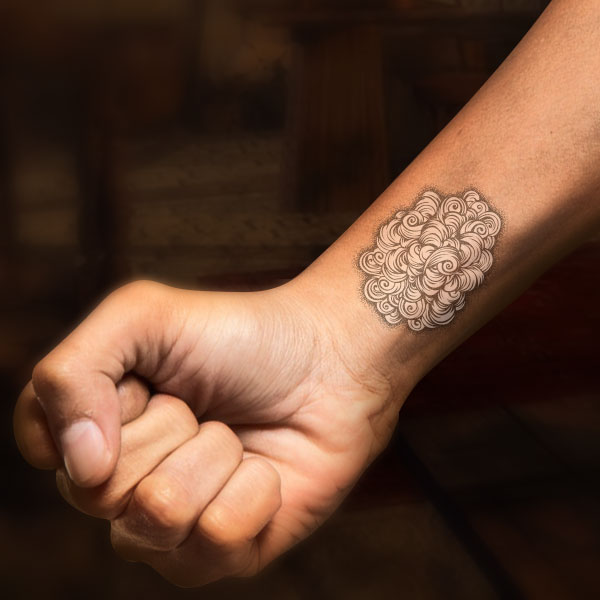 A tattoo of an Akadi follower. 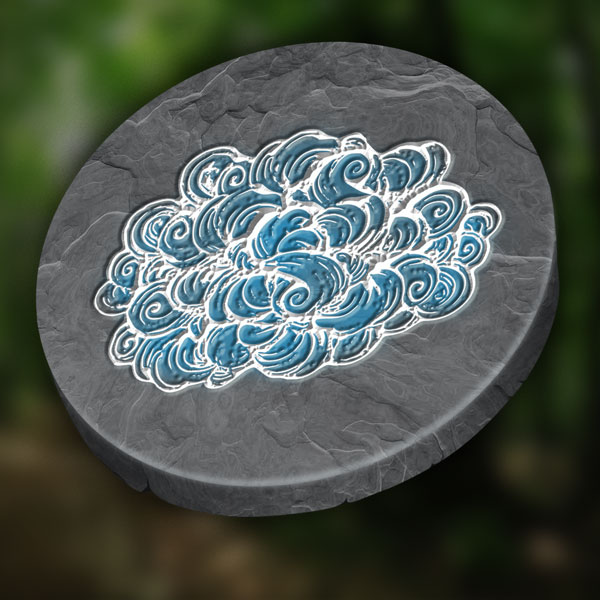 A stone seal with a symbol of Akadi on top. 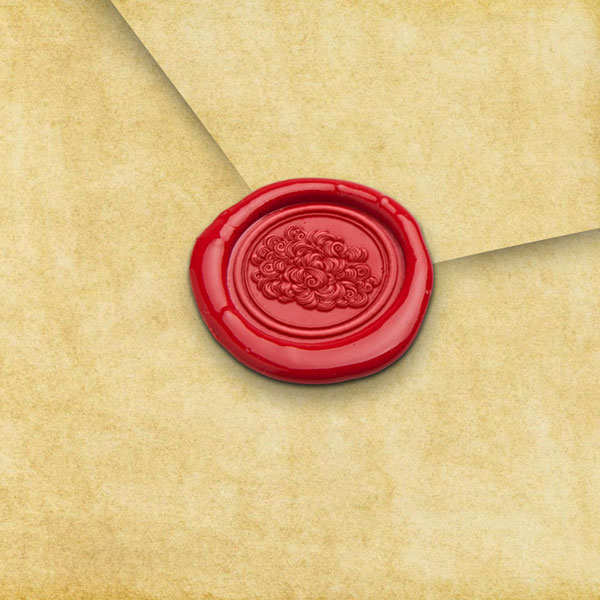 A wax seal with Akadi's symbol. 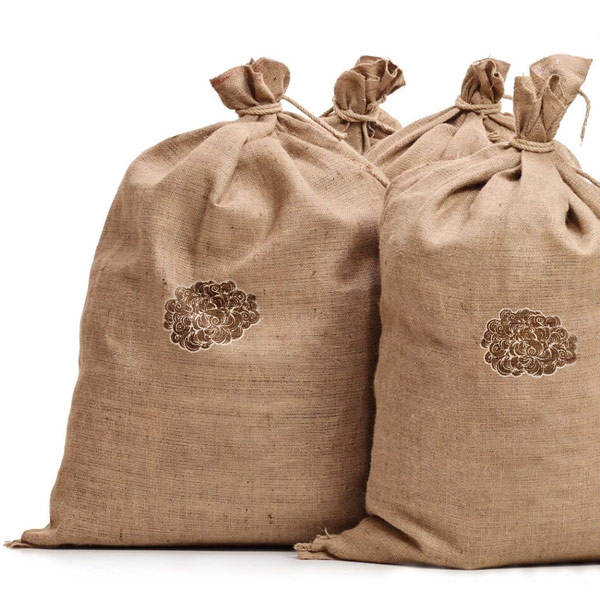 Burlap sacks with Akadi's symbol on the side. 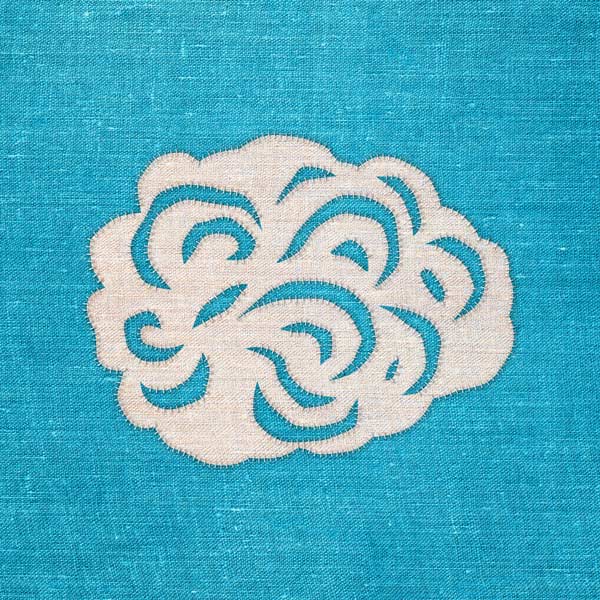 A crude patch of Akadi's symbol.
Source: Faiths and Pantheons