(pronounced AW-rill)
Frostmaiden, Icedawn, the Cold Goddess
Pantheon
Faerûn
Quick Descriptions:
Auril is a fit female with long white hair, and transparent skin made of ice. She is wearing a long white flowing gown, adorned with diamonds.
Auril's temple is a circular domed structure made of white-blue stone blocks, resembling ice. The air is cold and frigid, and a cool breeze circulates around the room. A large skylight at the top of the dome lights the entire structure. Tall grey banners with Auril's diamond-snowflake symbol drop down from the ceiling. In the center of the room is a large stone altar, with various offerings ontop.
The priestess is wearing an ice-white robe with blue trim, with a wide silver belt. Her hair is pulled back and she has on a silver circlet. She carries an ice axe bearing the symbol of a snowflake in a diamond.
ADVERTISING - PLEASE SUPPORT THIS SITE

Auril, also known as the Frostmaiden, is a deity of cold and evil. She is a fickle and vain deity, who is primarily venerated out of fear. She is worshipped mostly in northern Faerûn due to its cold climate, usually out of fear rather than adoration.

Auril is feared and worshiped in order to hold off the depredations of the harsh winters with which she threatens Faerun. Trappers, miners, and settlers in the North, some barbarians and inhabitants of the Great Glacier, and residents of the lands crouching at any glacier's edge revere her and honor her in attempts to placate her cold fury come winter time. In recent years, winters have been getting longer and colder, and more and more folk have been making the prayers to Auril that her clergy urge be done. A few clans of frost giants are led by shamans in her service.

Auril's clergy is loosely organized, and many clergy members wander and are independent. The main goals of most followers is to intimidate common folk and make them venerate the Frostmaiden, and/or make donations, in order to avoid reprisals.

Auril's clergy is loosely organized, and many clergy members roam the lands of Faerun, especially in the North, though her clergy are now being seen more often in the Heartlands. Auril's church has a few males within its ranks, but most clergy of the Frostmaiden are female.

Because of their immunity to natural cold, priestesses of Auril are often seen scampering lightly through the snows in summer-weight clothing or bathing in frigid river waters in the depths of winter to no apparent ill effect. They need much less food than other beings because of this ability, and often roam the northlands energetically when blizzards have forced other folk to hole up against the weather. Many priestesses of Auril make a handsome living delivering medicines, messages, and needed supplies throughout the northlands in winter.

In the cold months, Auril expects each of her priests to force or persuade someone to pray to her in the approved manner by beseeching Auril for mercy and praising her for the "cold cleansing" she brings. This prayer must last for the length of time it takes a piece of ice larger than the "supplicant's" hand to melt against his or her bared flesh. It must be done out of doors and preferably at night. During the winter, Aurilian clergy are also expected to slay at least one creature by cold. This is often done so as to provide worshipers or potential worshipers of the goddess with food or to slay a personal foe of the priestess or priest.

Priests of Auril wear ice-white ceremonial robes with blue trim. The robes are cinched at the waist by a very wide silver belt, which also hold the requisite ceremonial ice axe. The ice axe bears the snowflake-in-lozenge symbol of the faith (the ice axe is treated as a hand axe for combat purposes). A silver circlet on the head is the final touch. Her clerics and are easily identified by the dire warnings they proclaim of the wrath of Auril come the winter. They are also known to cast cold-based spells.

When adventuring, most priests of Auril wear at least the circlet, the belt, and the ice axe with their normal day-to-day clothes. Since they are immune to the effects of cold, they usually wear only what clothing they think enhances their appearance, not necessarily what others are wearing for the weather. They never encumber themselves with excessive clothing or large sleeping bundles, preferring to travel light for maximum mobility.

Priests of Auril are called Icepriestesses and Icepriests. Most priests of Auril use only the honorific "Hand of Auril" or "Icebreath," but at temples such as the House of Auril's Breath at Glister the clergy use formal titles. In ascending order, these are: Postulant, Votre, Icewind, Storm Sister/Storm Brother (a title given to the great bulk of priests between 3rd level and 8th), Frosttouch, Lady/Lord Cold, Lady/Lord Deep Winter, Lady/Lord Cold Circle, and High Hand of Ice.

Midwinter Night is the most holy time of the year to clergy of Auril. It is a festival of ice-dancing that lasts the whole night through, during which the goddess desires her clergy both to enjoy themselves and to lure as many folk as possible into her service.

Postulants are instructed in the ways of the goddess, and must undergo the most sacred ritual of Auril to gain admittance into her clergy: the Embracing. This personal ritual may occur at any time of year, but if it is in summer, the postulant must journey to arctic or high mountain regions in order to find a blizzard. The Embracing consists of running through a blizzard all night long dressed in only boots (though they may be thigh-high), a thin shift, and body paint depicting symbols sacred to Auril. Celebrants either perish of exposure or are accepted by the goddess by being rescued from the pain and shivering by Her Embrace.

Thereafter, clergy members usually pray in private, by lying out in the snow all night long in prayer vigil. In summer, her clergy usually immerse themselves (except for their heads) in the coldest water they can find, typically by lying down in a fast-flowing stream. Auril answers their queries and gives them directions and missions through mind visions.

Two informal but enthusiastically celebrated rituals are the Coming Storm and the Last Storm-howling ice storms called up by clergy working en masse with all the cold magic they can muster. Together they bring fierce weather down upon a town or region to mark the onset of winter or its last gasp as spring begins.

Auril's church has no affiliated military or knightly orders. She is just not of a mind to sponsor prolonged military actions; she would rather send a blizzard down on those who offend her than troops. An odd assortment of cults and fellowships have grown up around or become attached to her worship, though. These groups include the Cult of Frost, whose driving goal is the acquisition of the artifact known as the Ring of Winter; a group of wizards known as the Frost Witches, who have recorded at least one tome of frost and cold magic in Auril's name and are reputed to know the location of the Codicil of White, a priestly book describing Aurilian rituals and containing some wizard spells also; and the Sisters of Istishia, who worship Istishia as a herald of cold and servant of Auril. The Sisters of Istishia's worship seems to benefit Istishia, not Auril, as a few Aurilian priestesses have been given a divine mandate to seek out the Sisters and "correct" their theology.

Cover all the lands with ice. Quench fire wherever it is found. Let in the winds and the cold; cut down windbreaks and chop holes in walls and roofs that her breath may come in. Work darkness to hide the cursed sun so that the chill Auril brings may kill. Take the life of an arctic creature only in great need, but slay all others at will. Make all Faerûn fear the Frostmaiden. Revere the Cold Goddess and sing her praises into any chill breeze or winter wind. Do not raise your hand against any other cleric of Auril.

Auril often appears as a fit female with long white hair, and transparent skin made of ice. She often wears a long white flowing gown, adorned with diamonds or ice.

Auril, along with Malar, Umberlee, and their superior Talos, was a member of the Deities of Fury. Umberlee and Auril cooperated with some degree of confidence, while Malar and Auril despised each other.

Much of Auril's power was absorbed by Talos in recent times, weakening the minor deity. Despite this, or perhaps as a result of it, Auril quietly siphoned power from the slumbering deity Ulutiu who was in stasis under the Great Glacier. Kossuth and Auril were mortal enemies, but their followers seldom came across each other. Sune opposed Auril, as she blamed her for the destruction of much that was beautiful. Uthgar hated Auril as she turned the Elk Tribe away from his worship.

At one stage, was in a relationship with Thrym, God of the frost giants. During that time she became the mother to the Empyrean daughter Nalkara. 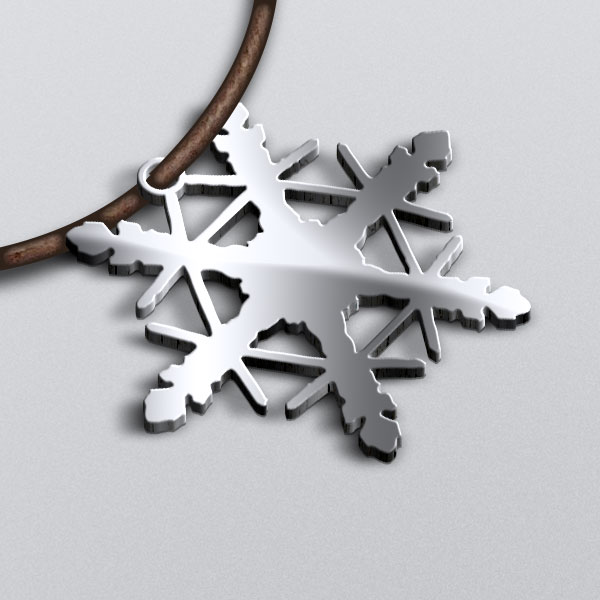 Metal symbol of an Auril follower 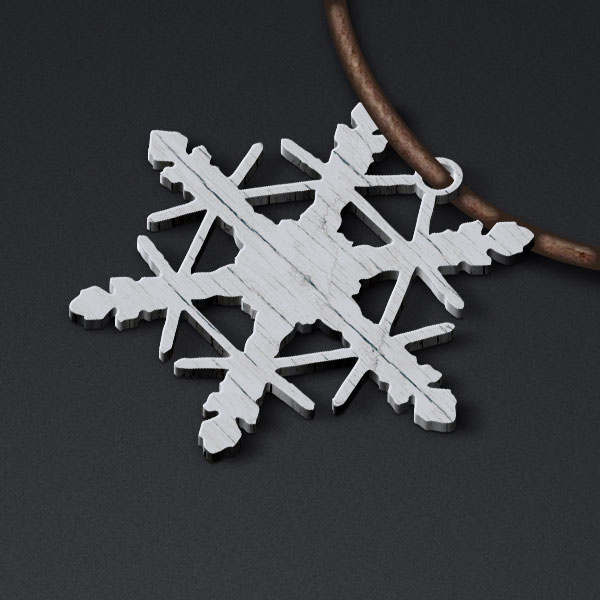 Wooden symbol of an Auril follower 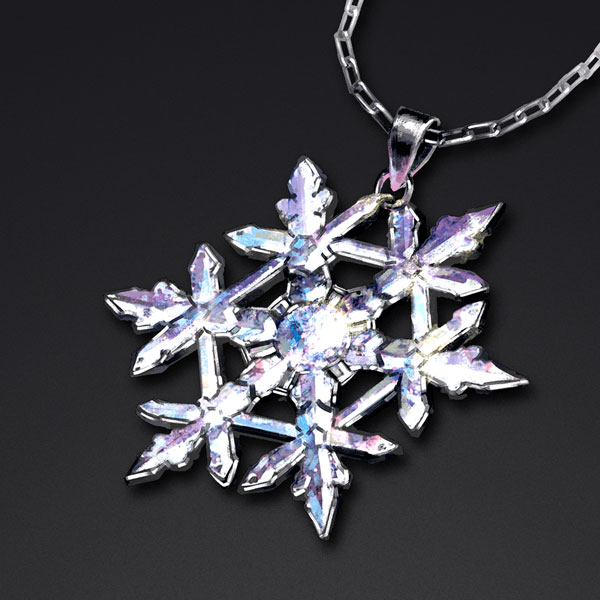 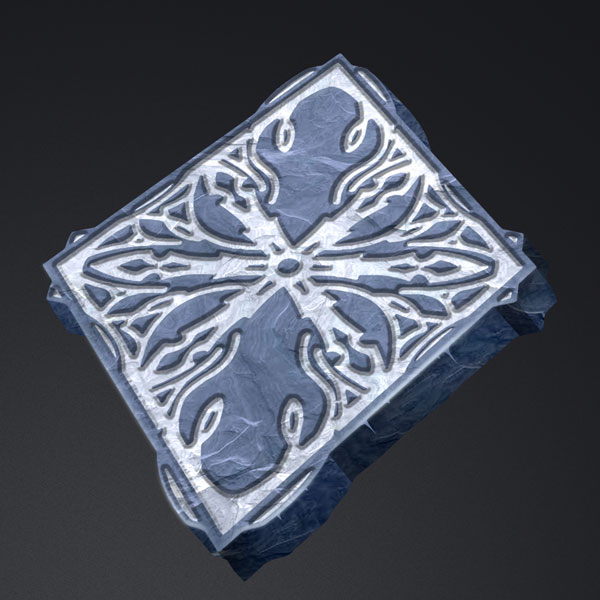 Stone seal or symbol of Auril 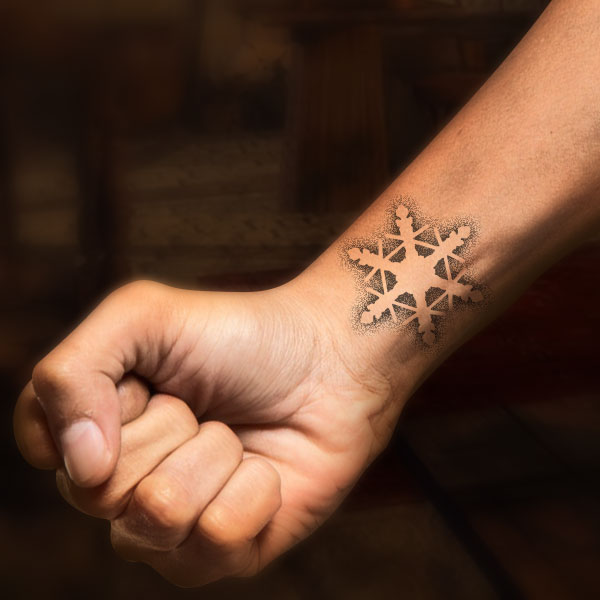 Tattoo of an Auril follower 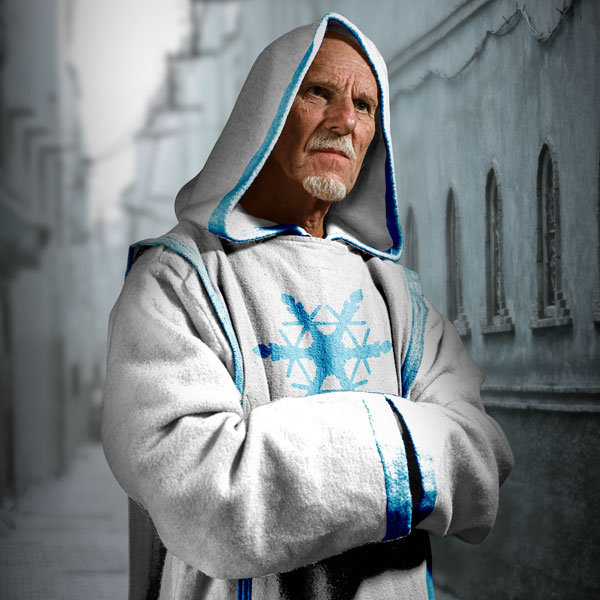 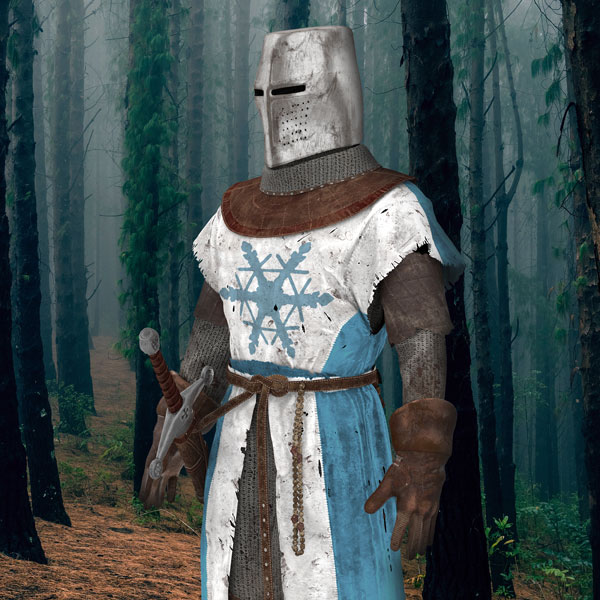 The vestments of a knight of Auril. 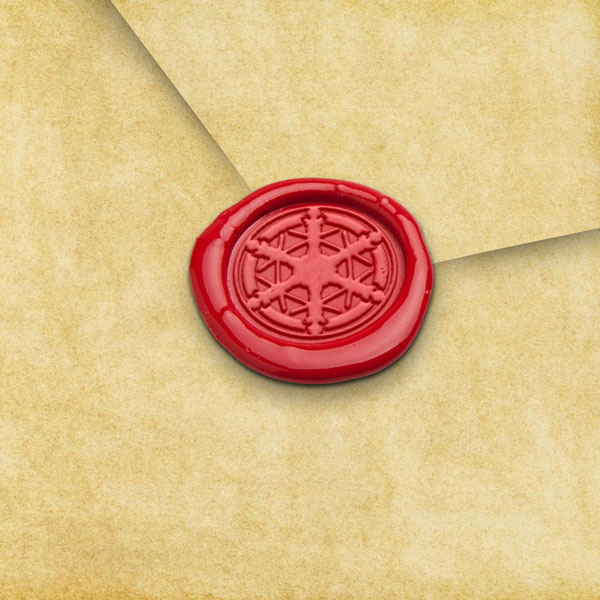 A wax seal with Auril's symbol. 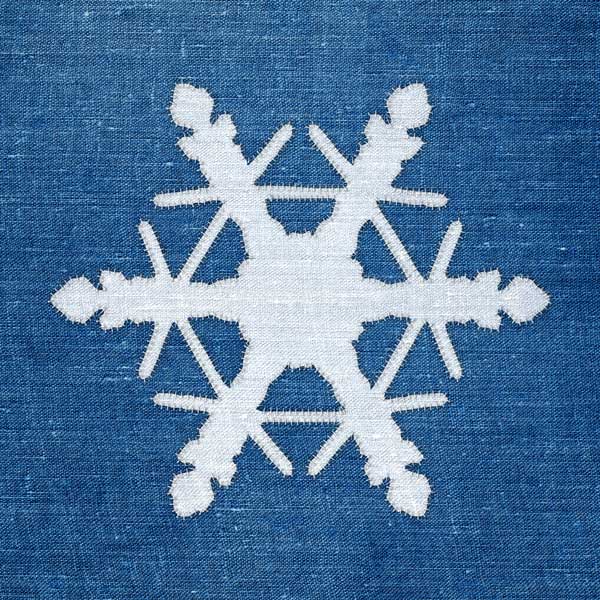 A sewn patch of Auril's symbol. 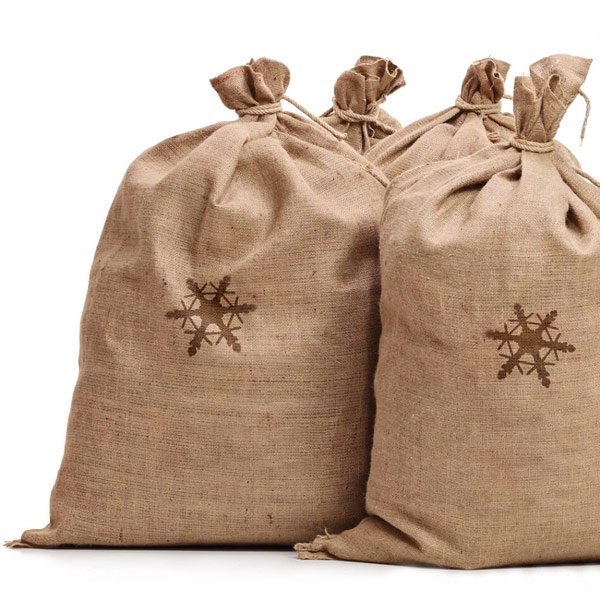 Symbol: A white snowflake in a gray diamond (a heraldic lozenge) with a white border
God Alignment: NE
Worshipers Alignment