(pronounced Deh-NEER)
Lord of All Glyphs and Images, the Scribe of Oghma
Pantheon
Faerûn
Quick Descriptions:
Deneir is a studious old man, with a long beard and thick glasses. He is wearing a casual brown robe, with gold trim and ink stains on the cuffs.
The temple of Deneir is a large three-story stone building with tall vertical windows. Inside is a busy library with rows of bookshelves and scribes diligently working at desks. The room is well-lit by magical orbs on the ceiling.
Deneir's priest is a thin human male, with wavy brown hair, and on his brow is a gold circlet with the symbol of a candle above an eye. He is wearing an off-white tunic with a stiff, circular collar and dark brown breeches. He has on a medium-length gray cloak with a black trim. He has a mace hanging from his belt, a satchel at his right hip, and a scroll case strapped to his back.
ADVERTISING - PLEASE SUPPORT THIS SITE

Deneir is the god of literature and literacy, the patron of the artist and the scribe. His is the power to render accurately and describe, to write and to read, and to pass on information. As patron to artists, illuminators, cartographers, and scribes, the Lord of All Glyphs and Images oversees all written creation, desperately hunting the ever elusive Metatext (see below).

Deneir is caught up in the recording, filing, indexing and maintaining of all that was ever written or depicted. He can appear very absent-minded, and often trails off in midsentence because his mind is racing along other trails of thought even as he speaks. For all his acquaintance with book knowledge, he can be out of touch with the world as it is now—in particular, human customs in practice: He tends to use mannerisms of speech and hold to points of etiquette that disappeared long ago from Faerun—or he may (unintentionally humorously) mix his slang terms or try to sound in vogue and actually sound profoundly dated. When he gets going on a story, he can eat up immense amounts of his listeners’ time as he diverges seemingly endlessly in parenthetical substories. For all their length, his tales always convey some vital piece of knowledge to those who wait them out.

In the realm of the ideal, a single work of writing when read, will unlock the secrets of the multiverse, catapulting its reader to the heights of godhood. The pursuit of this work, known as the Metatext, consumes the deity Deneir and his followers. It is said that Deneir, a servant of Oghma the Binder, first achieved his position among the deities by glimpsing the merest portion of this text, and that the need to read the entire work gives him purpose. Deneir believes that the Metatext is reflected in the Prime Plane through snippets of every written work ever committed to paper. A word here, a juxtaposition of letters there, and (rarely) even entire sentences of particularly enlightened writing echo the ideal work.

Deneir's church is concerned with the gathering and recording of information so that nothing written is lost. Most keep a journal of their activities, including poems, songs, and stories they hear on their journeys. Clerics believe that literacy is an important gift of the gods, and should be spread and taught, and thus teach people how to read.

Denier priests have a special vow of charity, they will write letters and transcribe information upon request usually at a modest price for the individual petitioning their help. Large projects must be negotiated, but in slow times, priests of Deneir can be found in the local commons and in bars, writing letters for those unable to do so, charging no more than a few coppers, or performing the service for free to the needy.

Also because of this vow, priests of Deneir often gain information that is otherwise sensitive, dangerous, or potentially lucrative. While a sizable donation to the faith will help keep such matters secret for some time, priests of the faith may gain a quick understanding of the lay of local landscape from talking to their neighborhood parish priest. There is a saying, "Remember that the pens of Deneir also have ears."

Glyphscribes, as clerics of Deneir are known, retain a written copy of every missive they record, and on the 3rd of Ches each cleric turns over a bundle of the most interesting of such copies to their local temple. High clerics pore over these works, searching for a hint of the Metatext. The most promising morsels, often no more than one or two words, are sent to the Iron Dragon Mountain temple hidden in the Earthfast Mountains, there to be added to Librarian Supreme Haliduth Orspriir's incomplete, living record of that elusive manuscript.

The standard dress of priests of Deneir, both in normal daily use and for ceremony, is a tan, off-white, or white tunic with a stiff, circular collar, breeches, and a medium-length ornamental cloak. The color of the cloak denotes the rank of the cleric, from diagonally black-and-white striped for Applicants, to black for Underpriests, black with a maroon collar for Aspirants, black with a gray central strip for Full Priests, gray with black trim for Illuminators, all gray for Calligraphers, indigo for Editors, sepia for Secretaries, turquoise for Librarians, royal blue for Aspirant Scriveners, white with gold trim for Full Scriveners, and pure white for High Scriveners. Priests always wear the badge of the god upon their person—if nowhere else, on a gold circlet worn about their brows. Deneir's priests also wear a holy writing kit, a triangular leather belt pouch filled with parchment, ink, and quills. There is a saying about Deneirrath and their kits: "If a Deneirrath is naked in the bath and the ceiling above him catches fire, he will grab any books in the room first, his writing kit second, and the door third, leaving clothes behind for more modest men."

Adventuring priests of Deneir wear whatever is most suitable for their particular mission, but always have both the writing kit and the badge of their god. Clerics tend to use one handed bludgeoning weapons and wear banded armor, but never use a shield.

Clergy members are known as Deneirrath. Though females are as welcome as males in the Deneirrath hierarchy, the title "Priest" is used regardless of the gender of its holder (the word "priestess" is something for other faiths). Deneir clergy contain the following ranks, which are (in ascending order): Applicant, Underpriest, Aspirant Priest, Full Priest, Priest Illuminator, Priest Calligrapher, Priest Editor, Priest Secretary, Priest Librarian, Aspirant Scrivener, Full Scrivener, and High Scrivener (the leader of a temple). The only higher ranks than these are granted personally by Deneir and consist of Writer Inquisitor (used by the most powerful and accomplished traveling adventurers of the faith), Librarian, and High Librarian.

Most of the temples of Deneir could best be described as libraries with attached sanctuaries and living quarters, for the preservation of written knowledge is the focus of Deneir's faith. They are usually lit by magic (as fire is always a major concern). They often provide scribe and messaging services to the community. Most large temples of Deneir have secret libraries which may contain anything from a few tomes in the High Scrivener's office, to extensive underground vaults filled with the wisdom of the ages. Supposedly only the highest levels of the priests have access to such huge vaults, which are, of course, protected by powerful magical guards and wards.

Clerics of Deneir pray for spells in the morning. Rituals are performed on a daily basis—these ceremonies include chants, sung prayers, and responsive readings as well as private, personal prayers. Certain old priests utter a prayer with every illuminated letter they commence and again when they complete it—or whenever they first make a mark upon a virgin page. Most Deneirrath pray to their deity when they undertake a major task such as copying out a noble family tree, making a map, or copying out a minstrel's chapbook of ballads for sale in the larger, more sophisticated cities of the Realms.

The only holy day that sees special ceremonies in the church of Deneir is the Shieldmeet, wherein copies of old contracts are taken out for public viewing and any mortal may ask to see a copy of any (non-magical) writing in any temple of Deneir to which she or he can travel. Such records and writings must be specifically requested, however (not "every contract written by Duke Nobinian"), and must not violate the vows of confidentiality of the temple.

Shieldmeet is the day on which the Gilding is observed: a rite in which priests gather in a great circle around a levitated manuscript and cast special spells, each of which impresses a single golden letter onto the page, to set forth the Words of Deneir in large letters for public display in days to come. (It is the duty of junior Deneirrath to hunt down and punish thieves who tear off or scrape at letters trying to get the meager gold.)

While Deneir has no militant knightly orders, his faith does number an order of scribes and several orders of monks. All temple scribes certified by the church of Deneir as skilled and trustworthy belong to the Literate Brotherhood and wear a pin or badge depicting a white quill with a gold nib. The monastic orders include the Preservers of the Ordered Way, who tend to remain cloistered and perform copying and illuminating work; the Disciples of the Free Word (known derisively as the "Pens of the Poor"), who pursue the church mission of offering scribe duties to the indigent with great vigor; and the Zealots of the Written Word (usually just called "Zealots" or Carmendines, after their founder), an adventuring order that accompanies priests of the faith on holy quests and pursues money-making efforts for the church.

Information that is not recorded and saved for later use is information that is lost. Punish those who deface or destroy a book in proportion to the value of the information lost. Literacy is an important gift from Deneir; spread it wherever you travel, that it might couch the hearts and minds of all Faerûn. Fill idle hours with the copying of written work, for in such a manner do you propagate knowledge and aid the pursuit of the Metatext. Information should be free to all and all should be able to read it so that lying tongues cannot distort things out of proportion.

Deneir rarely appears to mortals, being consumed with learning the secrets of the Metatext. On rare occasions, he appears as a studious old man, with a long beard and thick glasses. He wears a casual brown robe, with gold trim, and typically has ink stains on the cuffs.

Deneir, along with Oghma, Milil and Gond, were known as the Deities of Knowledge and Invention, and all were cordial with each other. 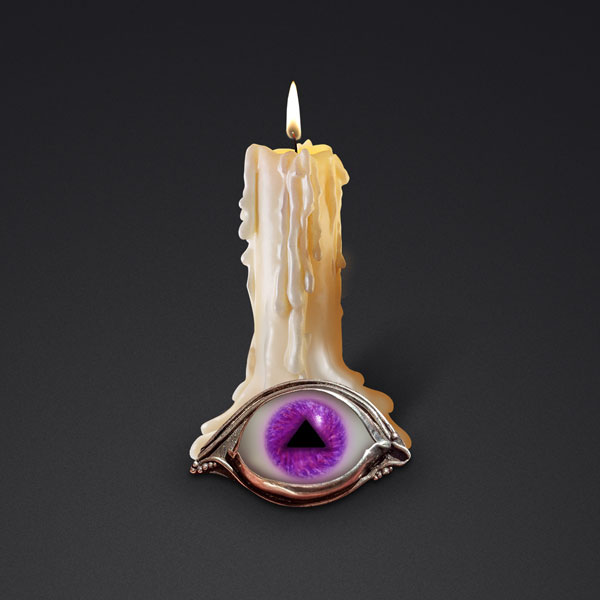 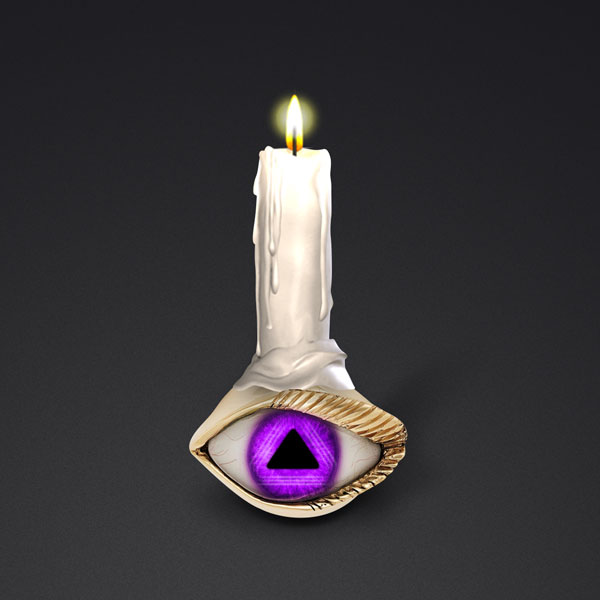 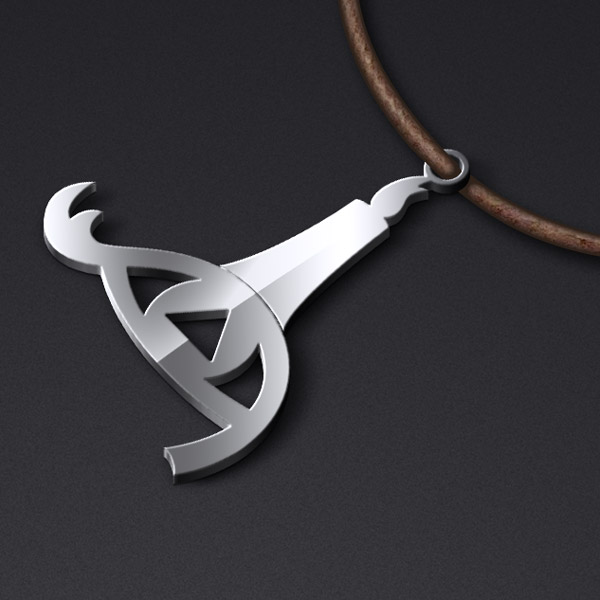 A metal symbol of Deneir. 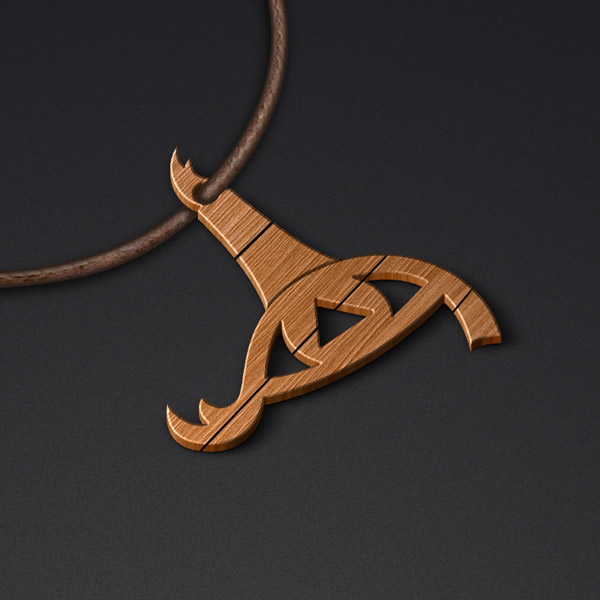 A wooden symbol of Deneir. 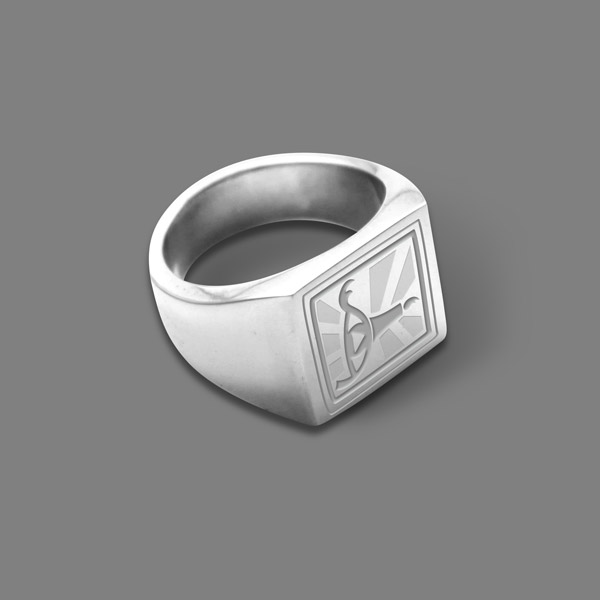 A ring featuring the symbol of Deneir. 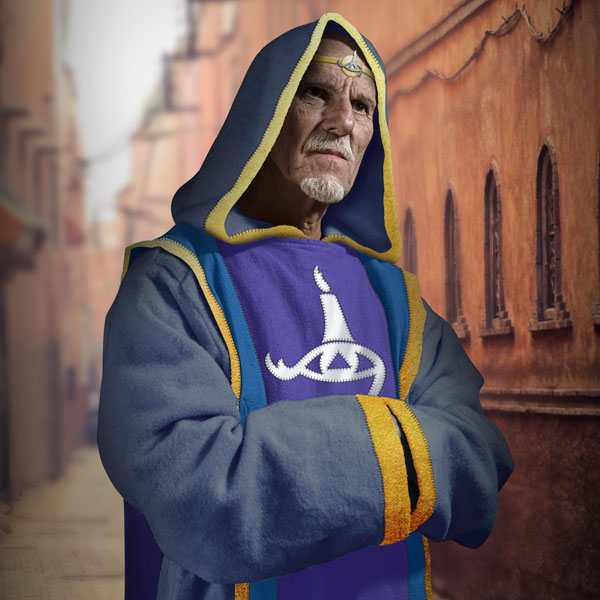 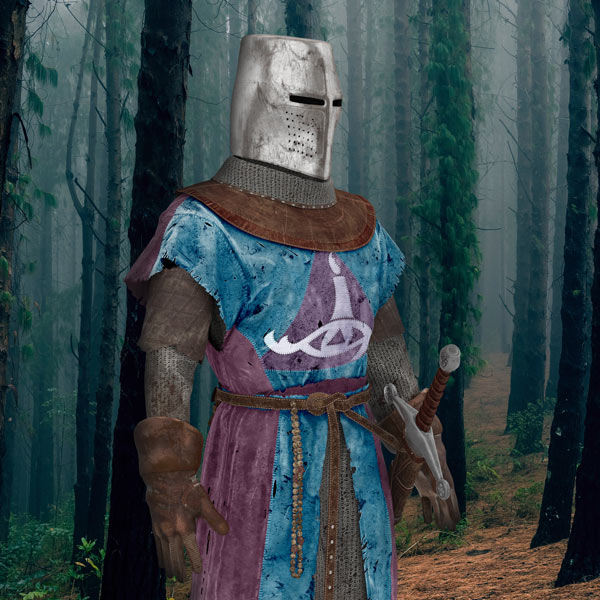 A knight of Denier. Note: Deneir has no formal militant knightly orders. 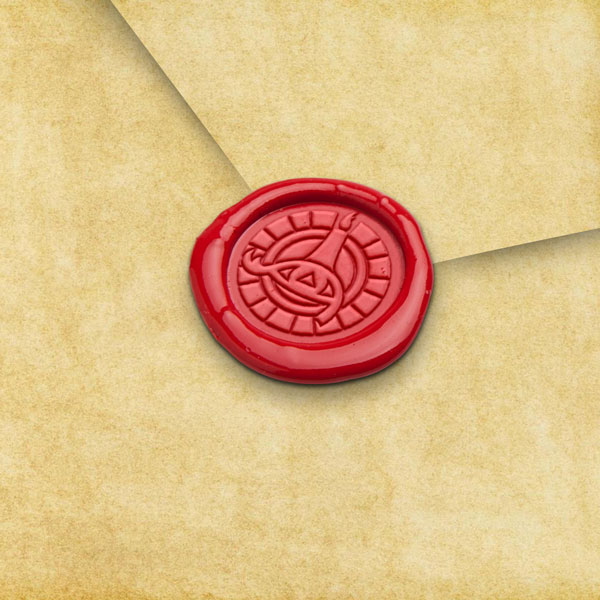 A wax seal of Deneir's clergy. 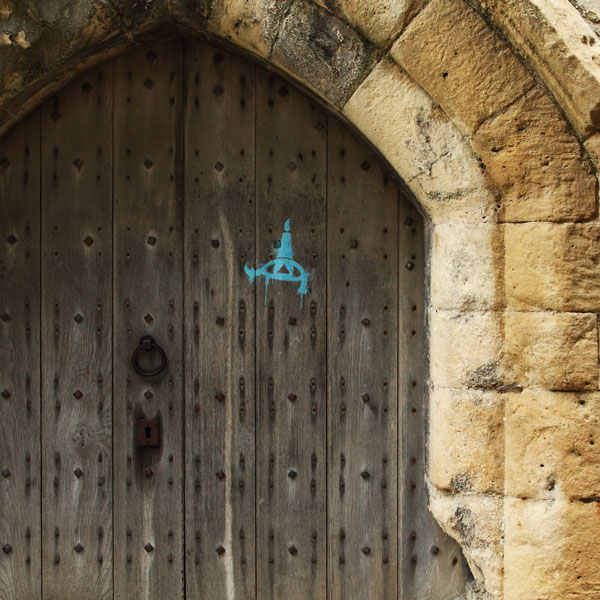 A door painted with the symbol of Deneir. When searching abandoned settlements and ruins for knowledge, the faithful often mark doors of buildings that may contain books and archives. 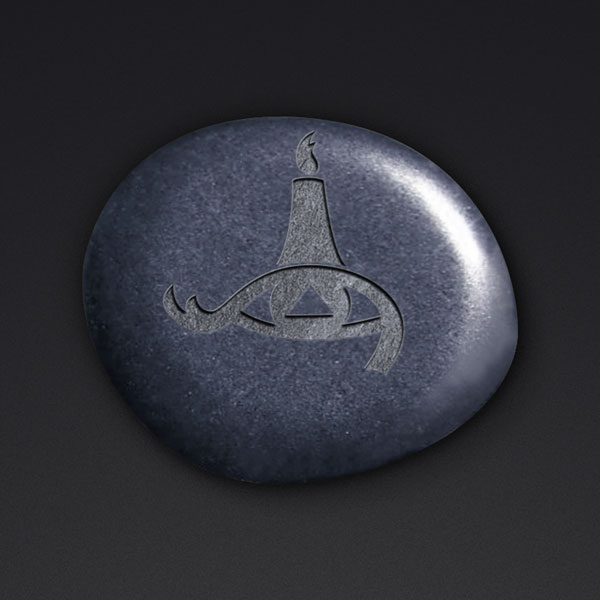 A stone with Deneir's symbol etched on the surface. 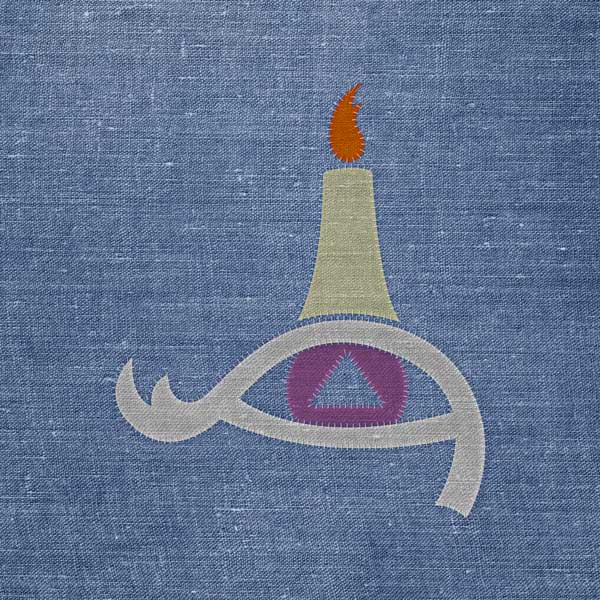 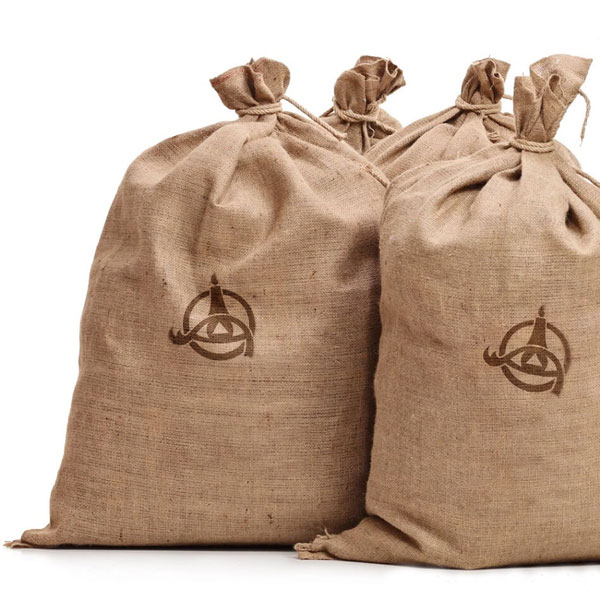 Burlap sacks with deneir's symbol on the side.
Source: Faiths and Pantheons