(pronounced SAV-ras)
The All-Seeing, Lord of Divination, He of the Third Eye
Pantheon
Faerûn
Quick Descriptions:
Savras appears as a man with crystalline humanoid form, clear to all who saw him.
Savras' temple is a moderate-sized round building made of white stone, with thin and tall windows. The 15 foot doors lead to a 50 foot wide chamber with a round altar in the center and a large crystal ball on top. A magical orb shines down from the ceiling lighting the entire room. The walls are lined with depictions of Savras carved from white marble seated ontop of an onyx dias. His many statues are portrayed with his palms upward in a gesture of supplication, with blank eyes gazing off to the future. Along the back wall are two doors leading deeper into the temple.
The cleric of Savras is a balding male, with frizzy graying hair, in his mid 50s. In the middle of his forehead is a tattoo of a eye — a depiction of a diviner's "third eye." He is wearing a pale yellow robe with the depiction of a crystal ball with many eyes sewn on the front. A muted blue sash hangs across his chest from his right shoulder, and he has on simple sandals.
ADVERTISING - PLEASE SUPPORT THIS SITE
Savras is the god of mages and wizards in the service of Mystra, goddess of magic.

Savras speaks in clear, precise statements and rarely says what the listener wants to hear. He always speaks the absolute truth, and, in cases where the truth is a matter of perspective, he reveals all sides of the truth. There is little compassion or emotion is Savras's actions or demeanor, but sages speculate this seemingly emotionless facade is merely a front for a deity who cares deeply about the fate of Faerûn but finds himself relatively helpless to change it's destiny. Savras almost never loses his temper, but when he does his wrath is dreadful. Recently he has become frustrated by events that he did not anticipate, and cannot fathom the meaning of a void in his own divinations of the future.

Savras was worshiped in both the north and south as both a god of diviners and truth-speakers. His clergy was still sparse in the late 14th century DR, as Savras had just been released from his centuries-old prison. Savras's only famous servant was Alaundo of Candlekeep, the one true prophet of the Realms.

Savras was particularly beloved in the nations of the Chultan Peninsula (Tashalar, Samarach, Nimbral, and so on), where scrying and spying were practically the national pastimes, because the inhabitants' fear of the yuan-ti. The Gurs were known to worship Savras, which may explain the survival of his faith during his long period of imprisonment.

The most devout worshipers of Savras carried around elaborate staves with them at all times. This was in the hope that their god might make their staff his temporary residence.

The church of Savras is small but organized. Many clerics are involved with foretelling the future or studying the past and dealing with the consequences of what they learn. Of necessity, Savras's clergy engage in extended strategy sessions to analyze the implications of future events and plan accordingly. Some followers of the All-Seeing wander Faerun uttering prophecies, while others seek out remote locations to reside and become oracles. A few are employed as truth speakers and serve the legal system of various cities and kingdoms as expert witnesses, magistrates, or judges.

During the long imprisonment of Savras, his faithful dwindled to a few specialist wizard diviners, and his clerics received no answer to their prayers for centuries and eventually died out. Upon his release from the Scepter, however, Savras added mainly specialty priests, known as sibylites, and monks to his clergy. Many clerics multi-class as Diviners or Monks.

Divinators of Savras garb themselves in pale yellow robes with a depiction of their power's holy symbol sewn to their chest. They wear simple sandals on their feet and a colored sash of muted hue tied around their waist. All of Savras's clergy tattoo a depiction of the third eye of Savras on their brow. High-ranking and wealthy priests have clear or white crystals or gemstones of some value bonded to their brows in the centers of their tattoos.

When adventuring, diviners tend to cloak themselves with the protection of powerful warriors, eschewing armor and edged weapons. Savras's clergy are the quintessential planners, typically using their divination skills to anticipate every need. As a result, they often bring along an unusual assortment of gear when adventuring-to the general amusement of their companions. However, the oddments they haul along invariably fill a crucial niche.

Shrines and temples to the All Seeing One are generally dominated by a giant, sacred statue of Savras carved from white marble seated atop an onyx dais in a meditative repose. The Lord of Diviners is always portrayed with his palms upward in a gesture of supplication, and with blank eyes gazing into far off futures of the realms.

The two largest known temples to Savras are the House of Pools and Mirrors, which is located within the confides of Candlekeep, and The House of the All Seeing Orb, which can be found in Tashluta.

Clerics of Savras begin and end their days with extended periods of peaceful meditation, praying for their spells at night in anticipation of the coming day. The Feast of the Moon is celebrated by the followers of Savras as The Vision. This holy day is observed by every devout follower of Savras with 24 hours of continuous meditation. In some temples the meditation occurs in a sauna or steambath, while in others it occurs amid a haze of incense. Each worshipper who participates in the day long ceremony is rewarded with a vision from the All-Seeing. Beneficiaries of such visions are expected to act in accordance with this prescient knowledge or risk Savras's wrath.

Benign Order of the Third Eye: A secret cult would seem to be anathema for a god devoted to finding the truth, but in 1371 DR such a cult did form. Consisting mainly of archivists (and incidentally containing the highest concentration of archivists of any group in the Realms) the Benign Order of the Third Eye's members were all granted a vision from Savras where he impressed upon them the need to collect magic and lore in preparation for an upcoming battle with Cyric. Unfortunately, the Order was overzealous in its search and became known for graverobbing.

The blindness of mortals is the origin of all folly. Search for the truth in all things great and small and conceal nothing. Speak only the truth, for lies and misdirection, even for benign motives, are the root of all sorrow. Be not paralyzed by indecision, but take no action without analyzing the implications. Hasty actions and decisions are rarely more beneficial than well thought out strategies that are revised as necessary. Mortals who employ only their two common eyes are essentially blind. Savras provides the third blessed eye, allowing both foresight and hindsight, so that mortals can access to omniscience of the gods. It is not wrong to use the knowledge that Savras gives to help yourself and your church, but caution should be used in furthering the goals of others as part of their agenda may be hidden. Seek for the hidden motive before you act, and damage not the whole of the realm in which you live out your mortal life.

He is portrayed as a man with a crystalline face, clear to all who see him. His statements are clear, concise, and rarely what the listener wishes to hear.

Savras, along with Velsharoon, served Azuth, who was his superior, and thus served Mystra indirectly. Following some dramatic events, he had a cold relationship with Azuth, which had steadily grown to a mutual respect.

Sarvas is largely indifferent to the actions of Velsharoon, and spends the bulk of his efforts unmasking the lies of Cyric. The All-Seeing seems unsurprised by Shar's actions of late and bitterly opposes her use of the Shadow Weave to disrupt the efficiency of his divinations.

Once Savras was a mortal wizard of Halruaa, that became a demigod. Before the Dawn Cataclysm, Azuth contended for Sarvas' place and Savras fell (although his church claims he did so deliberately after having foreseen the future). Azuth became the one deity of wizards, and the All-Seeing's essence was imprisoned in the Scepter of Sarvas (a staff Azuth constructed). During the Time of Troubles, Azuth freed Savras after extracting an oath of fealty, although Savras resents his position. 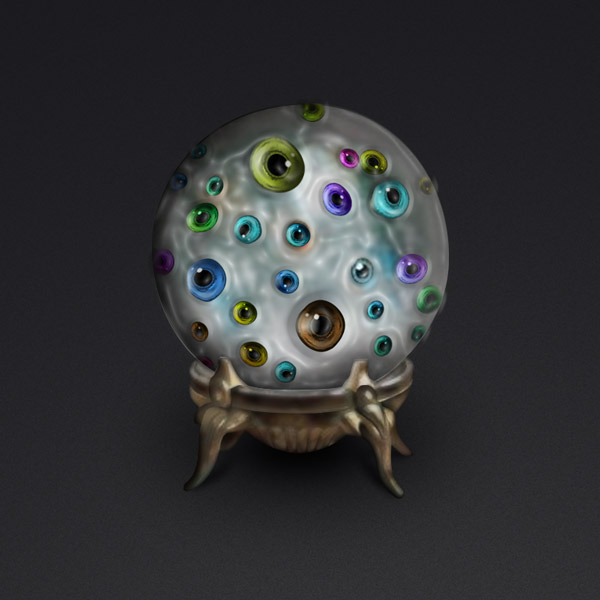 The holy symbol of Savras. 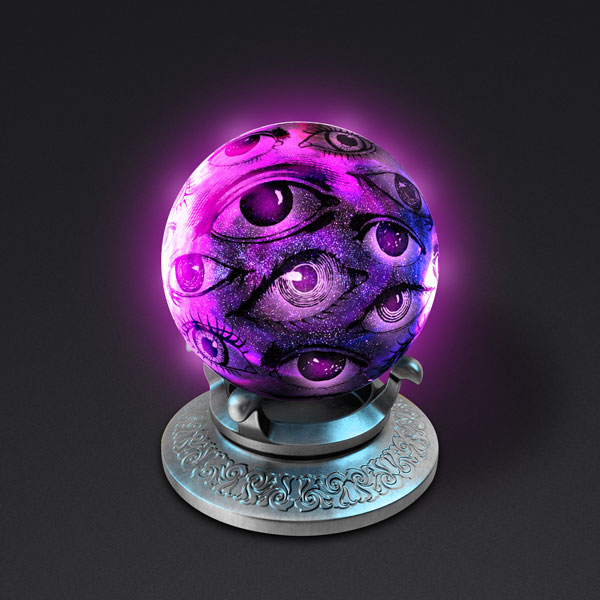 Another representation of the symbol of Savras 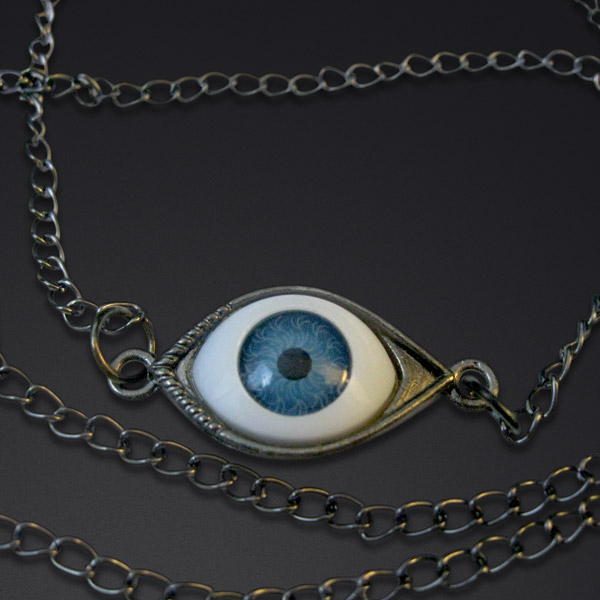 A necklace symbolizing the all-seeing eye of Savras. 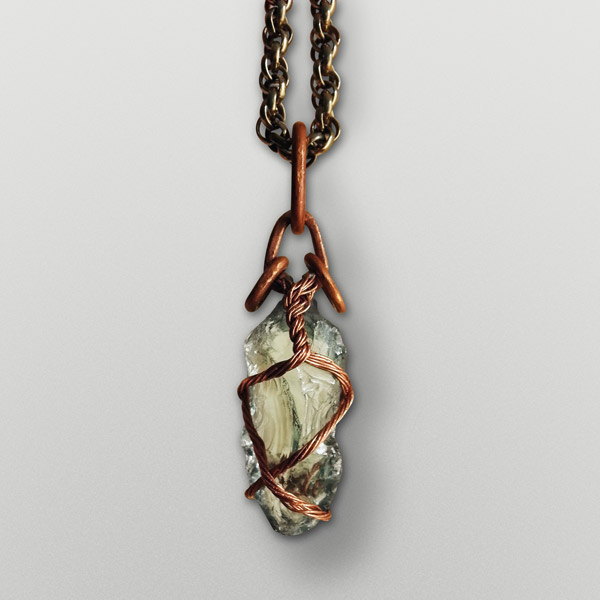 A crystal is one of many tools used by Savras' followers for divination. 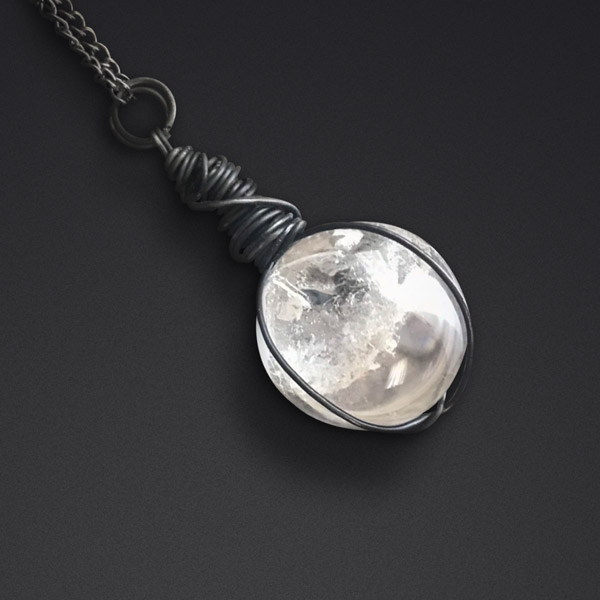 A small crystal, often used as a focus for Savras' clerics. 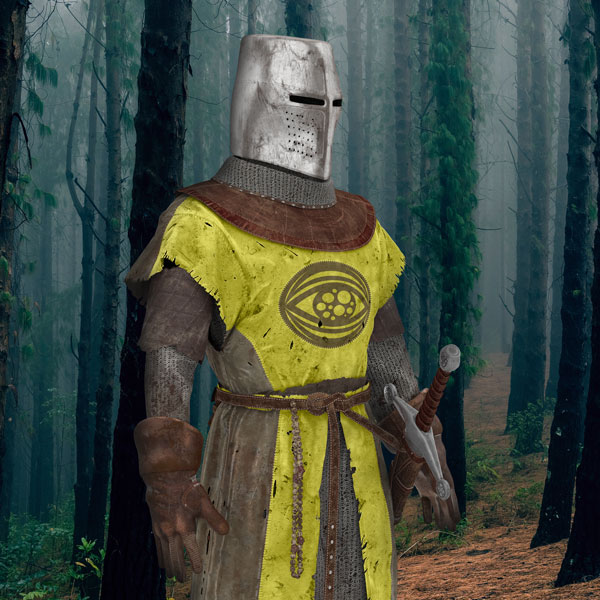 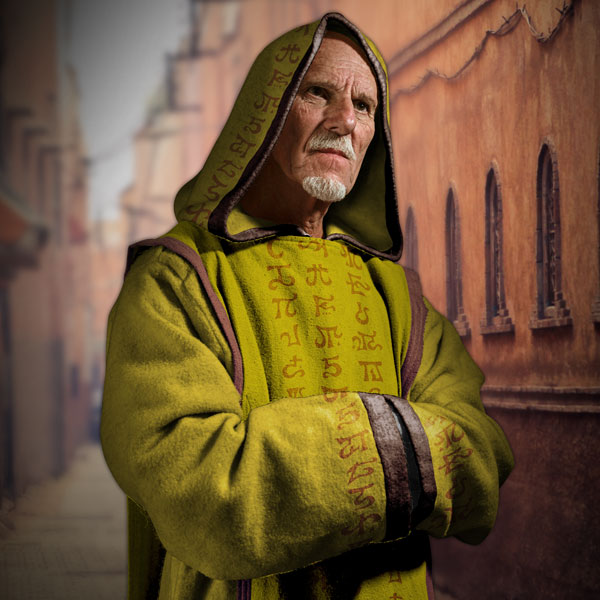 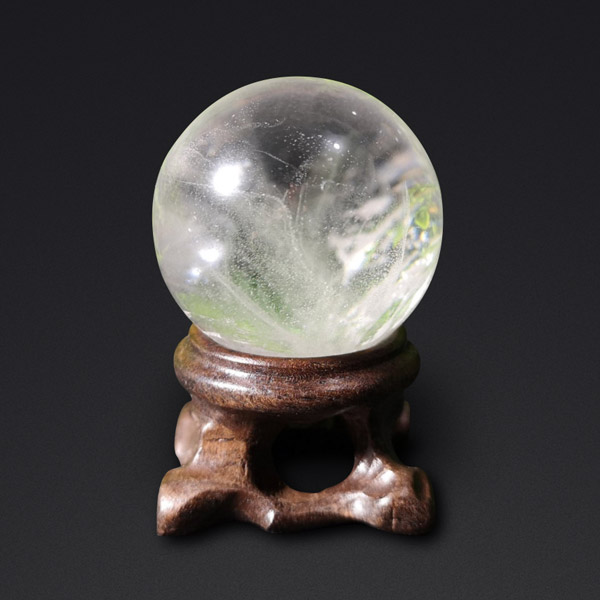 A crystal ball is a tool used by many of Savras' followers for divination. 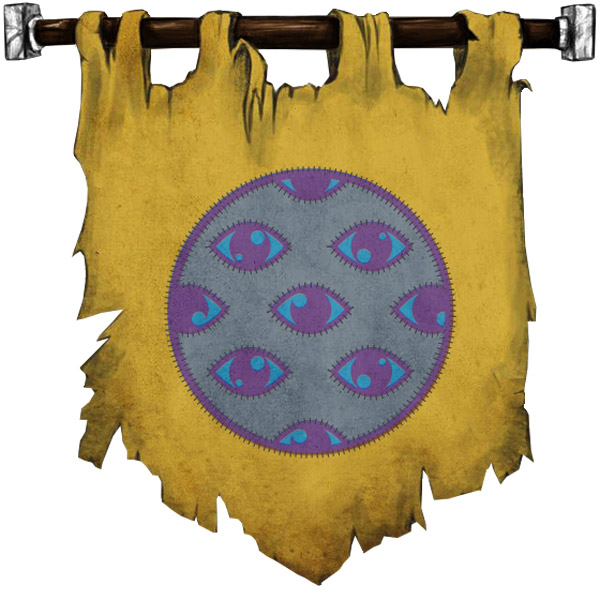 An alternative symbol of the Savras faith. 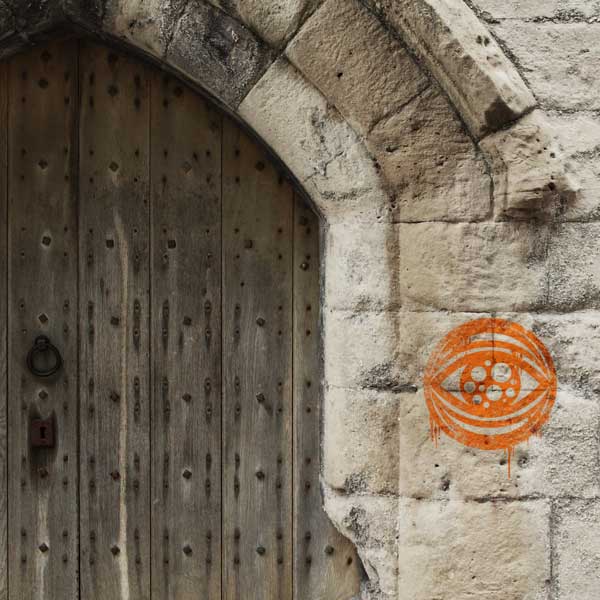 A door with the symbol of Savras painted nearby. 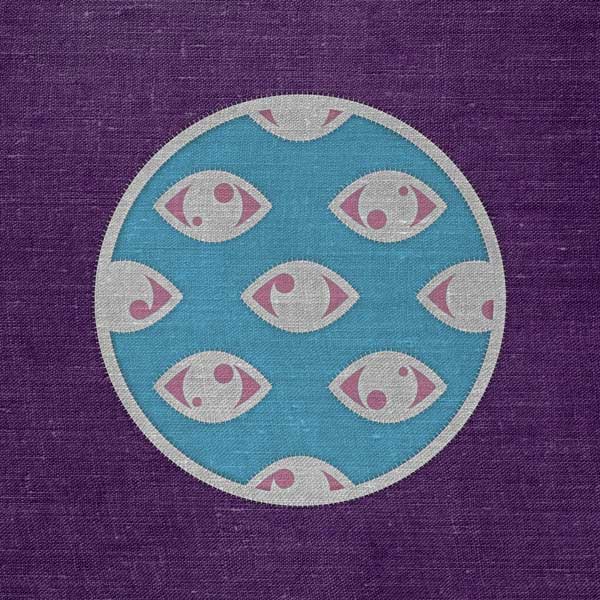 A sewn patch of the symbol of Savras. 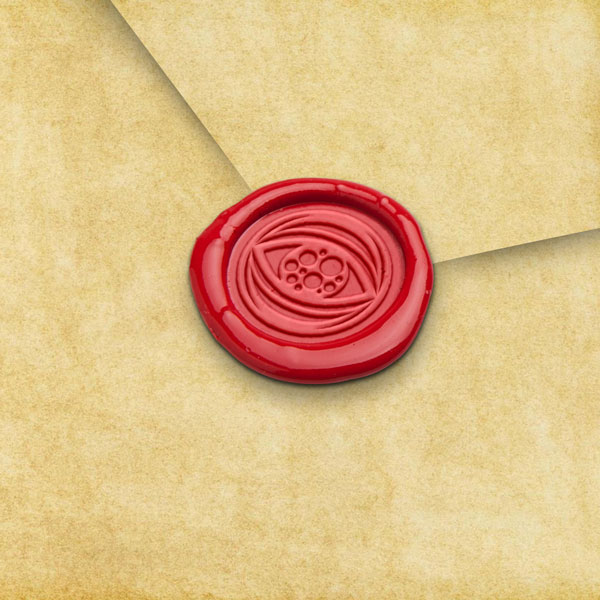 A wax seal with the symbol of Savras. 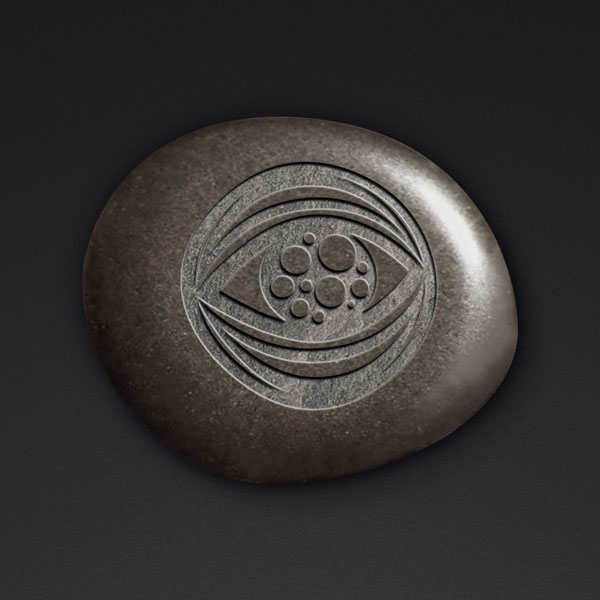 A stone rock with the symbol of Savras etched on the surface. 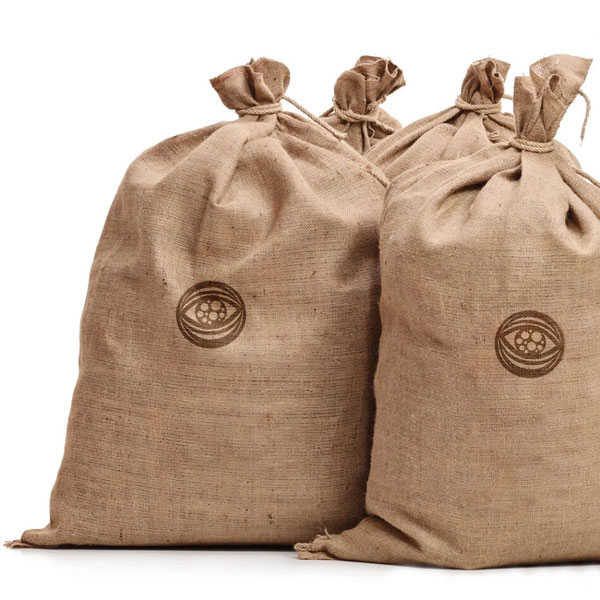 Burlap sacks with the symbol of Savras on the side. 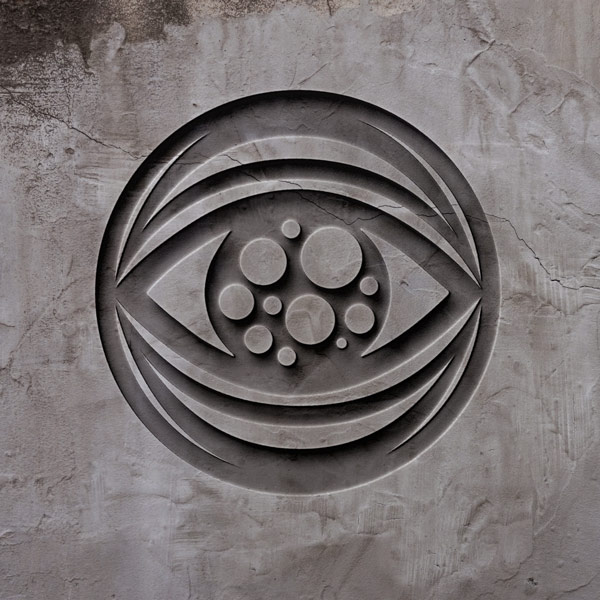 Savras' symbol engraved on a wall.
Source: Faiths and Pantheons