(pronounced ah-ZOOTH)
The High One, Patron of Mages, Lord of Spells
Pantheon
Faerûn
Quick Descriptions:
Azuth is an elderly made with a long, white beard, wearing antique clothes and wielding a gem-topped staff.
The temple is a tall stone structure, with long vertical windows. The interior resembles more a library, and less a temple, with shelves of books all around. At the center of the large room is a desk with a large tome in the center. Globes of magical light shine down from the ceiling.
The priest of Azuth is wearing a shimmering gray silk robe, with the symbol of a pointing hand surrounded by blue flame.
ADVERTISING - PLEASE SUPPORT THIS SITE

Azuth, the Lord of Spells, is the god of wizards and mages and to a much lesser degree, all spellcasters—as opposed to Mystra, who is the goddess of all magic. Azuth is Mystra's servant, friend, and advisor.

Azuthan clergy tend to be folk who love magic for its own sake. They do not exeult in power, for that is the tendency of those who enjoy what magic can allow them to do to others, but in in elegance, complexities of dweomer, and deft use of spells.

Azuthan clergy tend to be folk who love magic for its own sake. They do not exult in power, for that is the tendency of those who enjoy what magic can allow them to do to others, but in in elegance, complexities of dweomer, and deft use of spells.

The clergy of Azuth are collectively known as the Magistrati and included wizards, monks and clerics within their ranks. They prefer to maintain their temples within large cities, align themselves with powerful magical guilds and act as a sort of magical administration, to facilitate communication between spellcasters.

Among the highest order of Azuth's followers are a group of arcane paragons known as the Favored. These heralds of magical development further the channeling of the Weave by formulating arcane processes, a process viewed as the apex of magical science among the faithful.

The church of Azuth is widely viewed as archaic in their tradition, pedantic in their debates, and oblivious to the real-world problems within the Realms. They often possess a moral neutrality that garnered an unfavorable opinion by the average layperson.

The vestments of the priesthood of Azuth are shimmering gray and usually made of silk, though these are layered with heavier and more sensible materials in the North. The symbol of Azuth is worn on the chest, and the color of the aura on the symbol denotes an individual's rank in the church. Most acolytes, monks, mage apprentices, and adventurers have a yellow aura surrounding the symbol of Azuth. Higher level adventurers and clergy members at large without official position wear symbols with a red aura. When not used to identify rank, the symbol of Azuth has a blue aura. In the North, usually only the forefinger of Azuth's symbol is shown ablaze. From Chessenta southward—notably in Halruaa—the entire hand is surrounded by flame.

In the field, clergy of Azuth wear sensible clothing, predominantly in shades of gray. They wear the symbol of their faith over their hearts, either stitched onto a tunic or robes or inlaid in metal armor.

The church of Azuth holds a holy revel to mark the ascension of a new Magister and of any mage to the ranks of the Favored. Every twilight the faithful of Azuth pray silently to the High One for guidance in all their doings that day and the next. Azuthan priests otherwise avoid a lot of ceremony, but in temples and abbeys of the Lord of Spells, all three major meals of the day are accompanied by readings from the writings of great mages on the ethics of magic use, speculations as to what magic can be made to do in the future, and various philosophies of magic.

When a being is confirmed as a priest of Azuth, she or he must undergo the Transforming, a ritual in which the novice spends a tenday in thrall to an involuntary, ongoing shape change cast on him or her by a Master. In this ceremony, the novice must see life through the eyes of a bewildering variety of shapes forced upon him or her in succession by the magic. No shape the novice is placed in is unable to survive in the environment in which this ritual takes place, but the experience is typically humbling. The ritual is typically held in a walled, secluded temple garden that is temporarily off limits to all others, but which normally serves as a place for contemplation. The spell used in this ritual is a church secret, and it has been used by some Masters on foes in the defense of temples and abbeys under attack.

Azuthan clergy and laity alike also celebrate occasional Wild Nights, in which they dance in the midst of unleashed wild magic just to feel its power nad effects. (Other wizards and priests stand by to rescue anyone who runs into harm.)

The clergy also organizes annual Mage Fairs, and at those Mage Fairs they try to settle feuds, curb overly destructive or deceitful magic, and sponsor spellweaving contests. They also give out scrolls of the winning spells from previous years and small, useful magical items as prizes in these contests.

The church had two main orders:

Reason is the best way to approach magic, and magic can be examined and reduced to its component parts through study and meditation. Maintain calm and use caution in your spellcasting and magic use to avoid making mistakes that even magic cannot undo. Use the art wisely, and always be mindful of when it is best not to use magic. Teach the wielding of magic and dispense learning throughout Faerûn that the use and knowledge of magic may spread. Live and teach the idea that with magical power comes grave responsibility. Learn every new spell you discover and make a copy for the temple library. Do not hoard your knowledge, and encourage creativity in magic in all ways and at all times.

The Lord of Spells often appeared as an elderly man with a long, white beard garbed in antique clothes and wielding a gem-topped staff. He often came across as crotchety and cantankerous, even to other gods and was somewhat misunderstood. His dry wit and unending devotion to the pursuit of the arcane rubbed others the wrong way.

Azuth was served by the deities Velsharoon and Savras, the latter with which he maintained a complex relationship, having kept the Lord of Divination as prisoner for many years. He also call Deneir, Oghma and Leira as allies of his, and had a close relationship with Anastra Sylune Silverhand.

Azuth was subservient to both Mystra and later Midnight, having sat as an adviser for and acted as a favored student of the goddess of magic. On one occasion he was asked by the goddess to subtly manipulate the wizard Flamsterd.

While his relationship with the first Mystra was one of deep mutual affection, he took a more paternal stance with her later incarnation - guiding her through a difficult time of acclimatization to her role. Although he was one of Mystra's lovers, he was in love with one of her Chosen, Alvaerele Tasundrym, having protected her from danger.

Records of Azuth's life as a mortal were virtually non-existent and Azuth himself did not deign to answer questions regarding the topic, therefore, most of what was known of Azuth's life was legend. As a mortal man, Azuth was hungry for power, and in his search for it he studied several lost empires in the hope of finding forgotten magical secrets. Eventually his dedication lead to him being granted the title of Magister, the first of his kind, recognized by Mystra as her most promising mortal pupil. At some point, Azuth believed himself no longer worthy of being called Magister, and so Mystra turned him instead to one of her Chosen.

Ascension
During or shortly after the Dawn Cataclysm, in his bid for divinity, Azuth sought to steal a portion of the demigod Savras' power in a gambit that ultimately failed. This led to a protracted series of battles between Azuth and Savras, culminating in a duel that shattered a mountain and created a deep lake. Azuth was successful and managed to imprison the deity Savras within a staff he had created, the Scepter of Savras. And thus, with the help of Mystra who had now become his lover, Azuth finally ascended to divine status.

Azuth lost the staff, but Syluné Silverhand found it and returned it to him, whereupon Azuth began to feel guilty for imprisoning Savras and, after the Time of Troubles, freed him from his imprisonment in exchange for a pledge of fealty.

Spellplague
The destruction of Dweomerheart sent the dying Azuth into Asmodeus's domain of Nessus. Although many people believed the archdevil killed Azuth and consumed his divine essence to attain godhood, in fact Asmodeus fused with Azuth, and both gods coexisted since then in the same body. Most of the time Asmodeus overpowered Azuth, using his divine powers while the God of Wizards was in a dormant state. But in a rare few occasions Azuth was able to gain dominion of their shared body, and many denizens of the Nine Hells believed Asmodeus had become mad due to his strange behavior.

The Second Sundering
In 1486 DR, Azuth had regained most of his strength and was able to choose Ilstan Nyaril as his Chosen. Asmodeus and Azuth began to struggle for dominion over their shared body and the hierarchy of the Nine Hells was jeopardized because of that. Ilstan and Farideh, one of the Chosen of Asmodeus, devised a plan to separate both gods and avoid a potential devil invasion to all the multiverse. They contacted the god Enlil through his Chosen, Kepeshkmolik Dumuzi, and Asmodeus agreed to release Azuth from his body and to resurrect the Untherite god Nanna-Sin as a non-god immortal and in exchange Enlil allowed Asmodeus to consume Nanna-Sin's divine spark to become a god unto himself. In a ritual performed in Djerad Thymar amid the First Tymanther-Unther War, on Hammer 10 of 1487 DR, Ilstan sacrificed his life to allow Azuth become an individual god once more. After the Second Sundering ended, Azuth returned to the Faerûnian pantheon. 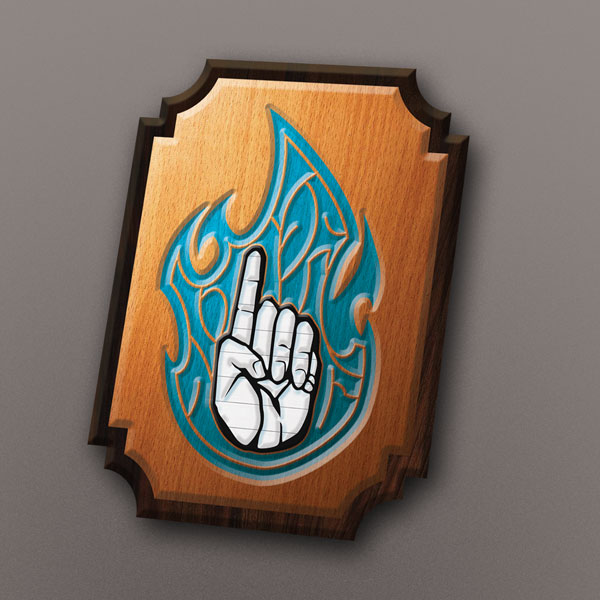 A wooden symbol of Azuth. 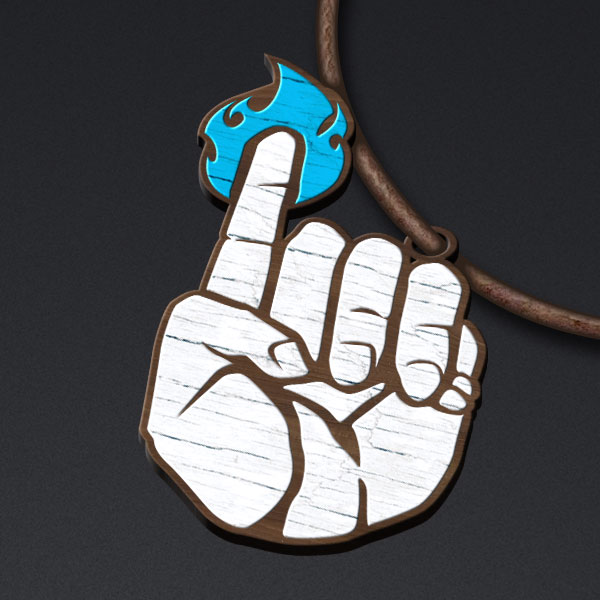 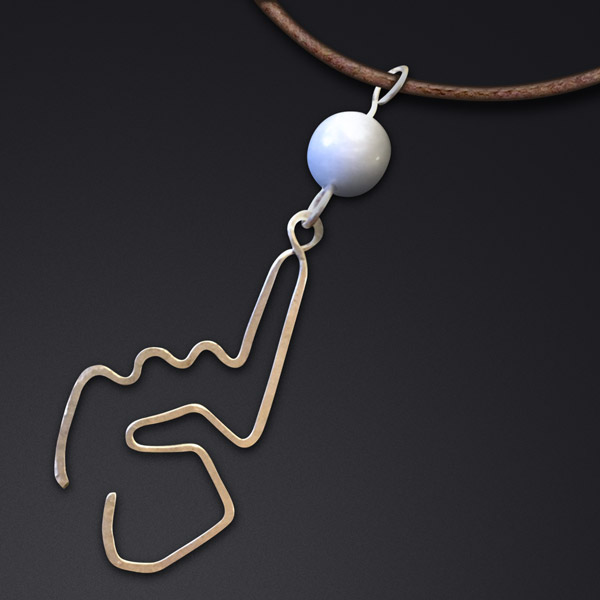 A metal charm of Azuth's symbol. 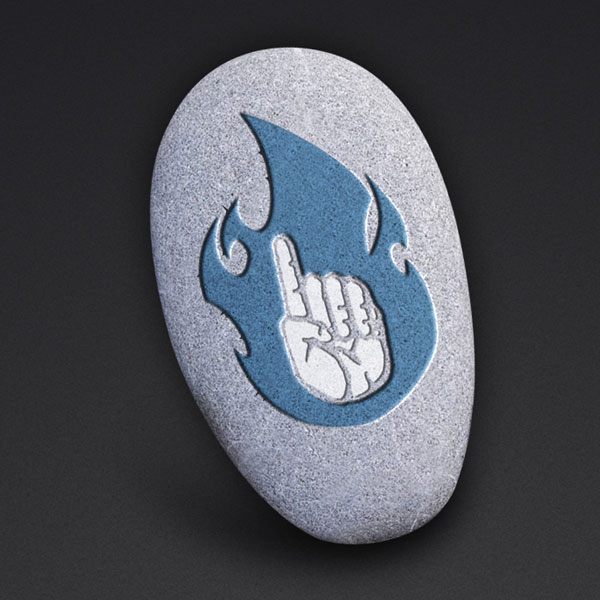 A stone with Azuth's symbol carved and painted on the top. 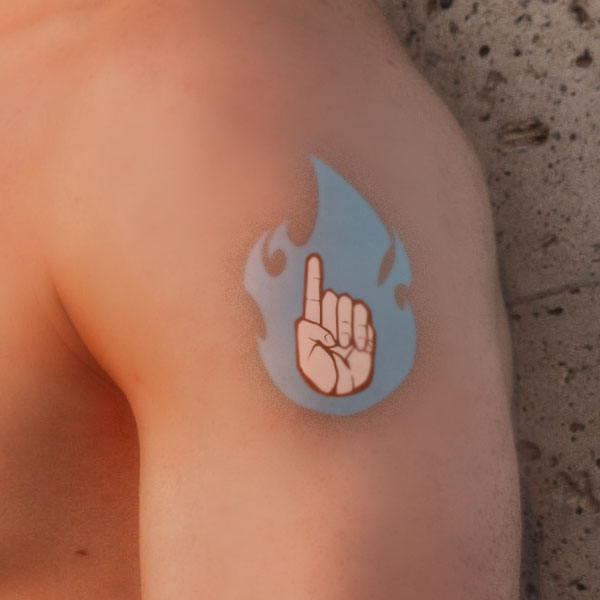 A shoulder tattoo of Azuth's symbol. 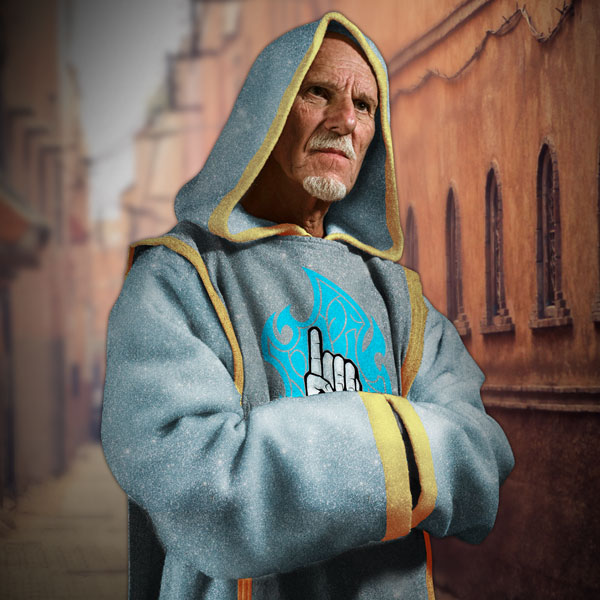 Priest of Azuth wear shimmering gray robes (usually made of silk) with the symbol of Azuth on the chest. 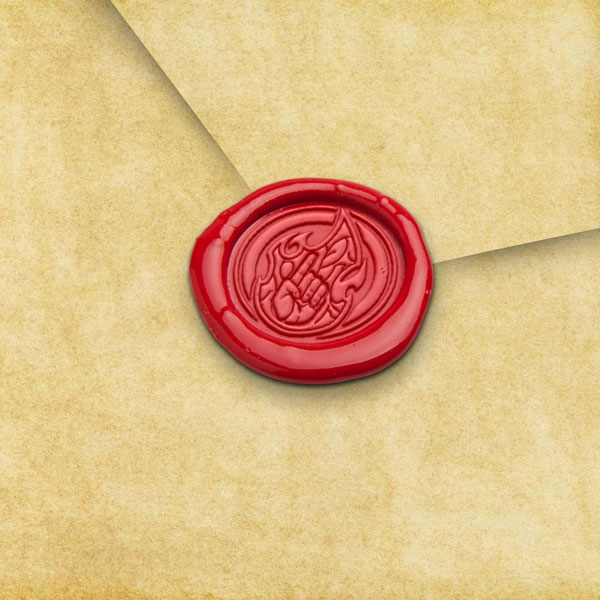 A wax seal with Azuth's symbol. 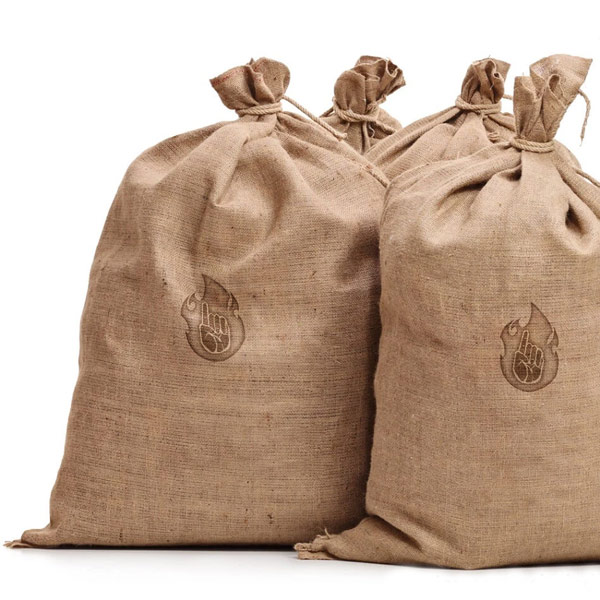 Burlap bags with Azuth's symbol on the side. 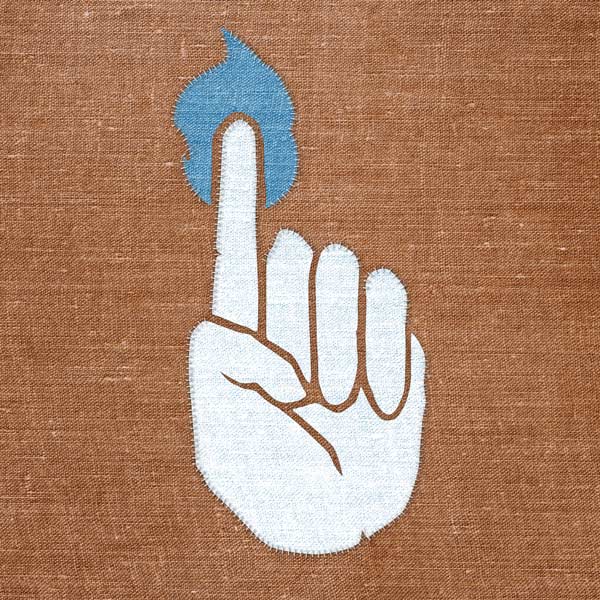 A simple patch of Azuth's symbol.
Source: Faiths and Pantheons